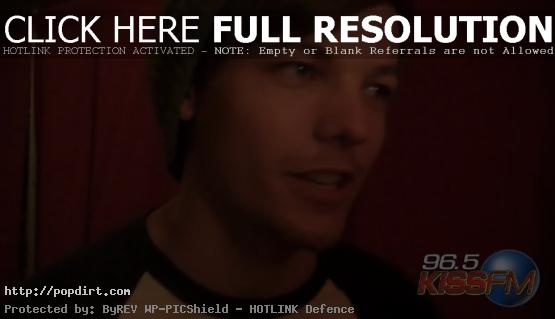 Roxanne Biagi, winner of KISS 96.5 in Cleveland, interviewed Louis Tomlinson of One Direction, and a nerf gun fight broke out. The boy band member talked about their fans’ crazy stunts, supporting acts, if they get tired with all the travel, keeping occupied during downtime and more.

Just the usual stuff like people chase after the bus and slap the windows and that kind of thing. Nothing out of the ordinary really.

Who should be supporting them on upcoming tours:

On if they’re tired with all the travel:

We’re a bit more used to it now. It’s not too bad. I’ve been a little tired this morning, but it’s alright. It’s great to travel the world and visit different places.

What he does on his downtime: