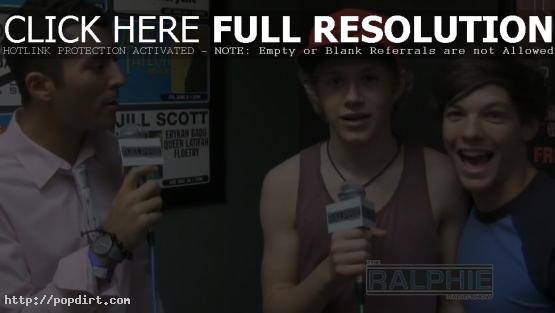 One Direction’s Niall Horan recently talked with The Ralphie Radio Show about the boyband’s second single from their debut album ‘Up All Night,’ entitled ‘One Thing’. The Irish pop star also talked about their DVD ‘Up All Night: The Live Tour’.

On how the song ‘One Thing’ came about:

Well, ‘One Thing’ was recorded by the same guys who did ‘What Makes You Beautiful’, Rami (Yacoub) and Carl Falk and they were in Sweden. We actually had the album nearly finished, and ‘One Thing’ was one of the last songs we recorded. We actually flew to Sweden to do ‘One Thing’ and ‘I Wish’ because we felt like this was a crackin’ song and we needed to record it, so it was actually one of the last songs. It was the perfect cousin to ‘What Makes You Beautiful’. It’s the same kind of vibe. Really punchy chorus. We just wanted to make a good song and it’s our next single.

On the DVD watching party:

We haven’t seen the DVD. We’d seen it early on in its early stages when it wasn’t like they do stuff to make it hi def and make the sound a little bit better and stuff, so we’ve only seen the very early stages, when they didn’t have the behind the scenes or the special features. We’re all watching it together and we’re doing a Twitcam to watch it together and all the fans can watch for the first time with us.