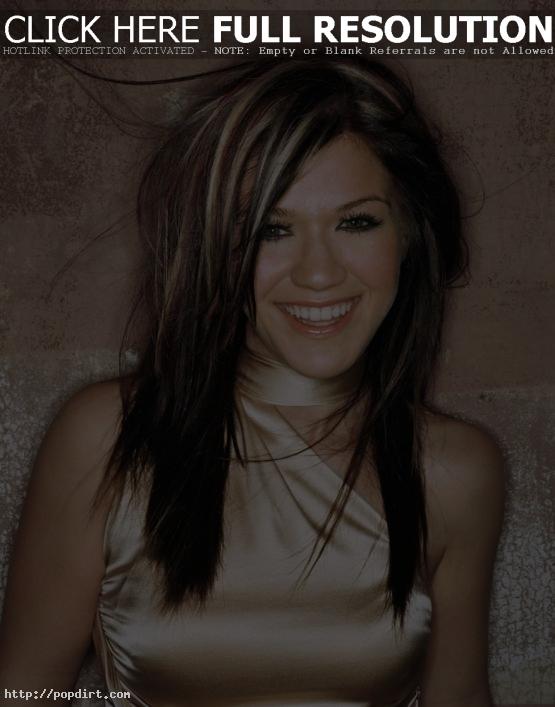 Michael D. Clark of the Houston Chronicle reviewed ‘American Idol’ season one champ Kelly Clarkson’s show at the Verizon Wireless Theater on Monday (May 9). Clark said that Clarkson “has succeeded in the way American Idol hoped its winners would. She has earned the right to call [Britney] Spears and Avril Lavigne peers. But Clarkson’s career requires one more step for longevity: further developing a musical identity.”

May 9, 2005 – Kelly was interviewed backstage at Hammerstein Ballroom with Niko of Z100 in New York on April 27th. They talked a bit about Texas, how the ‘American Idol’ season one champ has had a bunch of hits on the station, writing songs her latest album ‘Breakaway’, bruising her arm while shooting the video for ‘Behind These Hazel Eyes’, turning 23 on April 24th, appearing on ‘Damage Control’ on MTV, her belief that Britney Spears and Kevin Federline’s marriage will last — as well as Nick Lachey and Jessica Simpson, DMX’s sexy voice, how she’s looking lately, and more. Z100.com has since removed the audio.

April 14, 2005 – Pop acts are everywhere in this week’s Billboard Hot 100. This week has Kelly scoring 3 entries in the chart, Gwen Stefani scoring another top 10 hit, and we see the comeback of the Backstreet Boys in The Hot 100.

Gwen’s other entry ‘Rich Girl’ drops 2 slots outside of the top 10 to #11. Kelly Clarkson’s ‘Breakaway’ plunges 8 notches to #28 at its 35th week, the 2nd longest among the entries in the charts this week. And Mariah’s 1st single from ‘The Emancipation of Mimi’, ‘It’s Like That’ drops from 30-36.

Backstreet Boys scores the Hot Shot Debut of the week in the 55th slot with ‘Incomplete’. Jennifer Lopez’s Get Right sinks to the #58 from 55. Mariah’s 2nd single, ‘We Belong Together’, jumps 20 places from #81 to 61 this week. Jennifer’s other entry ‘Hold U Down’ continues to struggle as its stuck to the 67th slot for another week. And Kelly scores another hit, as ‘Behind These Hazel Eyes’ debuts at #87.

April 12, 2005 – Dylan of RadioNow 93.1 caught up with Kelly when she was on Indianapolis, Indiana earlier this month. Kelly talked about her busy upcoming schedule, what fans can expect at her concert, how hot Dylan thought she looked, and more. She also took a question from a fan. Audio at radionow931.com has since been removed. 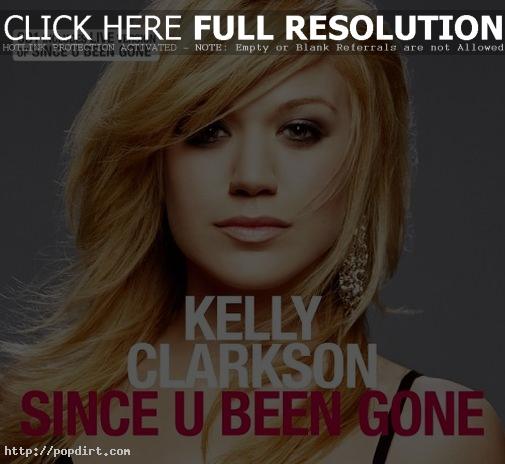 April 2, 2005 – Kelly Clarkson’s ‘Since U Been Gone’ makes a move from 4-2, making a notable gain for a pop song in recent times. Her other single, ‘Breakaway’ stays strong at a 33rd week at number 20. Gwen Stefani’s ‘Rich Girl’ stays another week at 10. While Mariah’s single ‘It’s Like That’ drops out of the top 20 to the 24th slot. Next week may also see the comeback of Britney Spears in the Hot 100 as her song ‘Do Somethin” moves 12-1 in the Bubbling Under Chart.

March 22, 2005 – Kelly a while back spoke with Lowie on his hot30 countdown, phoning in from Bangkok, Thailand, where she was doing Asia Aid. She promised no boobs would fall out at her Super Bowl pre-game performance. The brief interview has since been removed from auspipe.com.

March 18, 2005 – Kelly called into Z100’s Cubby show on March 10th from London, England. She’s going to release ‘Breakaway’ in Europe in the summer, but she says radio’s already playing songs off it even though they’re not supposed to. Cubby wanted to take her to eat at Nobu when she visits New York, but she says she hates sushi. Cubby told her that ‘Since U Been Gone’ keeps going strong in listener interest. They then talked about ‘Behind These Hazel Eyes’, her new single. Z100.com has since removed the audio.

Kelly Clarkson On TV This Week

March 14, 2005 – Kelly makes a pair of appearances to perform her new single ‘Behind these Hazel Eyes’. Check her out on ‘Today’ on Monday and ‘Live with Regis and Kelly’ on Tuesday.

February 23, 2005 – Kelly will launch her first solo headline tour on March 30 that will take her to 34 cities in the United States and Canada. “thing makes me happier than being out on the road,” the ‘American Idol’ season one champ said in a RCA Records press release. “I can’t wait to see the fans and perform the new material. Playing in these small venues will be a great opportunity for me to connect with my die-hard fans in an intimate setting. I’m really excited and I know it’s going to be awesome.”

«Fame Has Been Fleeting For Corey’s
Did Cameron Diaz Cheat On Justin Timberlake?»