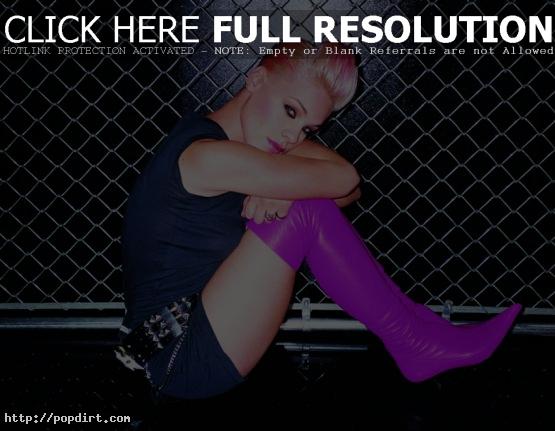 Pink was featured on the internationally syndicated celebrity magazine show, ‘Entertainers,’ hosted by actor/comedian Byron Allen on Sunday night, and was asked about the much-publicized feud between herself and Christina Aguilera. She said of the feud, “I think it’s been blown out of proportion, but I’ve already said what I felt.” When asked if there was a chance of her doing a ‘one on one’ duet with Christina, she said, “It wouldn’t work. I make music from a more organic standpoint — I don’t like to be trendy or follow the pack.”

10 thoughts on “Pink Comments On Feud With Christina Aguilera”