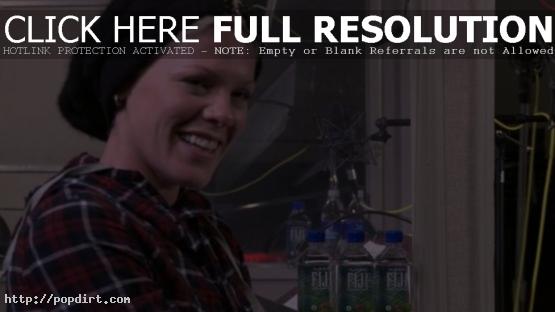 Pink is out with a video talking about her song ‘Bridge Of Light’, which is featured on the animated film ‘Happy Feet Two’. The George Miller directed project features a character voiced by Pink.

“When George first asked me to play the voice of Gloria I thought he was joking,” Pink said. “And then he asked me to write the song where Gloria can’t get to her baby and the only way that she can touch him is through song. So you think of lullabies as a kid and you think of the simplest, sweetest thing you can think of and then you play the piano and you write your song.”

Watch the clip, including footage from ‘Happy Feet Two’, via YouTube below.