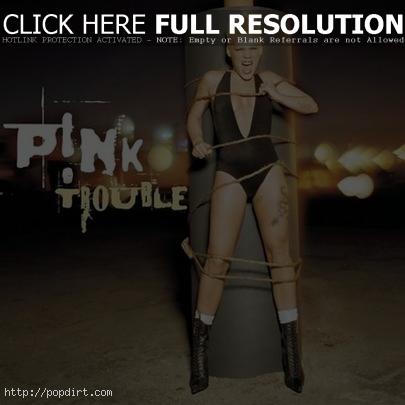 Pink’s career in the U.S.A. seems to be in trouble. The single, ‘Trouble,’ the first off of her new album, ‘Try This,’ peaked at #67 and drove it’s way down to the bottom half of the Billboard Hot 100. ‘Trouble’ is failing to catch on with radio. It peaked at #17 on the pop charts and is losing spins rapidly. ‘Try This’, her album out on November 11th, hasn’t been receiving much attention and is not been getting pre-ordered very much. ‘Try This’ hasn’t even gotten 3/4 of the pre-sales of Britney’s new album, ‘In the Zone’. Also, Pink’s career is falling in the U.K. ‘Trouble’ debuted at #7, lower then the Black Eyed Peas who have been on the chart for nine weeks.