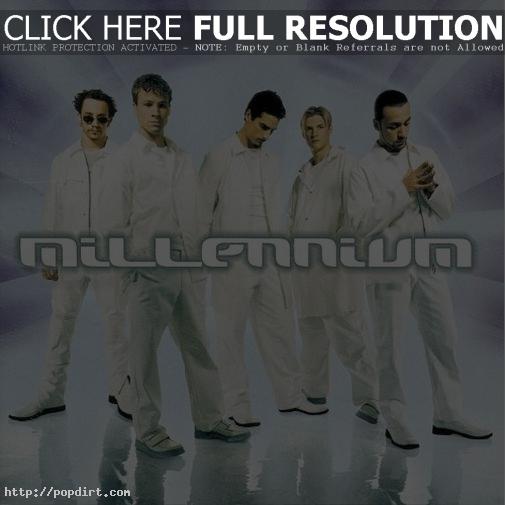 Contributed by rachelle_canada: Nielsen, the owner of Soundscan, recently announced the ten best-selling albums since Soundscan started keeping track of album sales in 1991. The Backstreet Boys were at #4, selling more than 13 million copies of ‘Millennium.’ *NSYNC’s ‘No Strings Attached’ was at #8 and Britney Spears’ ‘…Baby One More Time’ was at #10. The best-selling album of the Soundscan era is Shania Twain’s ‘Come On Over’ which sold 14.4 million copies.

January 2, 2003 – Contributed by cham: On the new Home and Garden Television designing program called ‘Love By Design’, an apartment was recently featured by a man who said he was a member of *NSYNC’s roommate. He was indeed, but when asked which one was his roommate, he wouldn’t comment. The only thing he offered was the statement, “Let’s just say he recently was cheated on.”

December 28, 2002 – With Chris Cornell replacing Zack de la Rocha for the former members of Rage Against the Machine on Audioslave, Paul Friswold of the San Francisco Weekly wondered what could happen with other potential supergroups, including Nick Cave replacing Justin Timberlake in *NSYNC. “The boy band would immediately be taken more seriously, and Cave could learn to enjoy himself,” Friswold said. “All the disturbed, dark-dressed teenage girls would have a pinup to call their own, and Cave would finally have a video played on MTV.”

December 23, 2002 – The *NSYNC guys have a special message for their fans: “Hi everyone, we’re all keeping busy with our own projects but we have all of you first and foremost in our hearts. Thank you for being such great fans of our music! We wish you all a Merry Christmas, Happy Holidays and the very best for 2003!”