Several pop artists are reacting to the tragic news that occurred at the Indiana State Fair on Saturday night, where a large gust of wind brought down a stage at killing at least four and injuring 24, according to officials. Thankfully, among those reacting on Twitter were the artists performing on that stage, Sara Bareilles and Sugarland, who came away from the collapse unhurt. They tell their followers:

Sara Bareilles (@SaraBareilles): Fortunately we are all safe, but a tragic stage accident has injured some folks in Indiana. Our prayers are with them and their families. :(

Sugarland (@Sugarlandmusic): We are all right. We are praying for our fans, and the people of Indianapolis. We hope you’ll join us. They need your strength.

Watch the horrific collapse as audience members well above the situation in the grandstands react in horror:

Other artists reacting to the situation, which is a fear many of them share performing under similar circumstances:

Kelly Clarkson (@kelly_clarkson): Just saw video footage of the stage collapsing at Sugarland’s show in Indiana. Oh my gosh that is maybe one of scariest things I’ve ever seen. I pray everybody on their crew and the band is okay.
I’m not sure what news is correct or not but I heard the people that died or got injured were fans. Please keep all of their families in your prayers. What a horrible thing to happen.

Matt Nathanson (@mattnathanson): my thoughts and love to @Sugarlandmusic, their crew and their fans tonight.

Official Hot Mess (@OfficialHotMess): Please pray for those affected by the tragedy at the Indiana State Fair 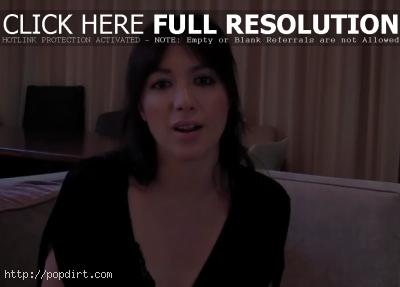 Savannah Outen (@therealsavannah): My prayers go out to the families that were injured in the stage collapse at the Indiana State Fair.. So scary & so sad.

Josh Hoge (@JoshHoge): Indianapolis has been one of my favorite spots since 2006. great city & great music fans! thoughts & prayers go out to you all tonight!