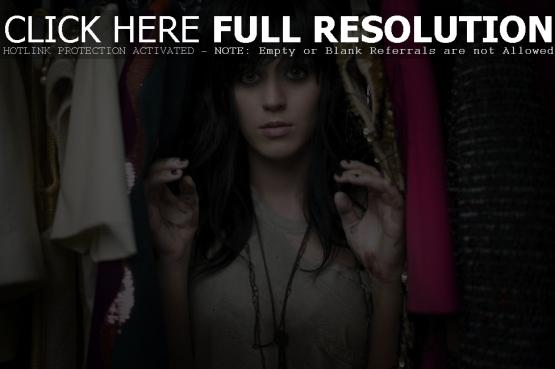 Several pop stars checked in on Twitter to react to the death on Thursday of actress and comedian Joan Rivers. Rivers died at Mount Sinai Hospital in Manhattan after reportedly losing consciousness while undergoing a procedure on her vocal cords.

“My mother’s greatest joy in life was to make people laugh,” Joan’s daughter Melissa Rivers said in a statement. “Although that is difficult to do right now, I know her final wish would be that we return to laughing soon.”

Among the Tweets offering condolences:

Melanie Brown (@OfficialMelB): Rest in peace, Joan Rivers. You were a pioneer for so many women! #RIPJoan #GirlPower

Sheryl Crow (@SherylCrow): So sad to hear of @Joan_Rivers’ passing. She was an icon and a great lady. We will miss you on the red carpet.

Keisha Buchanan (@keisha_buchanan): I’m gonna miss @Joan_Rivers her punch lines had me passed out on the floor & hitting the replay button too many times to remember! #RIP

Bonnie McKee (@BonnieMcKee): Devastated about the passing of @Joan_Rivers. She was so kind 2me &the best interviewer I’ve met! You are missed. http://youtu.be/aDiwMfcD18s

Katy Perry (@katyperry): What’s the point of wearing all these dumb costumes if Joan’s not here to rip them apart? RIP Joan Rivers. You are a one of a one.

Rob Thomas (@ThisIsRobThomas): R.I.P. Joan Rivers. for all of you who don’t know what a true bad ass she was check out this documentary. http://tiny.cc/2ejolx

Debby Ryan (@DebbyRyan): Joan Rivers was a firecracker. She was warm to me, so supportive, hilarious, and found the beauty in a strong opinion. You’ll be missed.

Toby Lightman (@TobyLightman): I will definitely miss the wit and humor of #JoanRivers A strong woman who truly left a mark on the world. #RIPJoanRivers

Jennifer Love Hewitt (@TheReal_Jlh): My heart breaks for the family and friends of Joan Rivers. What a beautiful and light filled person. You will be missed.

Cyndi Lauper (@cyndilauper): I am so sorry at the passing of Joan Rivers. She was a friend. She inspired me. She made me laugh since I was a kid, and I loved her so much

Kevin Jonas (@kevinjonas): It was an honor to know you @Joan_Rivers you will always be an entertainment icon R.I.P. pic.twitter.com/AZeMJoozKY

Demi Lovato (@ddlovato): RIP Joan Rivers… You made fun of my boobies just last week and it was an HONOR. Thanks for making so many people laugh here on Earth.

Pia Toscano (@PiaToscano): So sad to hear about @Joan_Rivers . I was a huge fan of hers.. My thoughts & prayers go out to her loved ones #RIPJoanRivers

Liz McClarnon (@LizMcClarnon): I am so, so sad to say R.I.P Joan Rivers. The funniest woman with a massive heart. I adored you! #RIPJoanRivers

Paula Abdul (@PaulaAbdul): The world just got a little less funny. My sincerest condolences to the @Joan_Rivers family. #RIPJoanRivers pic.twitter.com/JjNRKcAXFH

Savannah Outen (@therealsavannah): Thank you for teaching women to speak for what they believe in, smile & be wonderfully fearless. You’re in our hearts forever, Joan Rivers ?

Mandy Moore (@TheMandyMoore): RIP, #JoanRivers…. What a spirited force, trailblazer and beacon for all things funny. Such a loss.

Porcelain Black (@PorcelainBlack): I am so devistated by the news of @Joan_Rivers She was always so nice and lovely to me. One of my all time favorites. I loved her ;(

Victoria Justice (@VictoriaJustice): I just heard the sad news… RIP Joan Rivers :( My sincerest condolences go out to her family.

Sam Sparro (@samsparro): Oh Joan Rivers. You were truly one of a kind. Thank you for never allowing us to take ourselves too seriously.

Brian Mcfadden (@BrianMcFadden): Oh no. So sad to hear Joan Rivers has passed. The woman is a comedic legend! Another great has gone! … I once interviewed @Joan_Rivers in Australia. She made me laugh so hard that I peed a little in my pants.

Justin Guarini (@JustinGuarini): #RIP Joan Rivers. You made such a huge impact for women in all branches of entertainment. #trailblazer

Lance Bass (@LanceBass): Thanks for the laughs @Joan_Rivers ! The last woman to bed me!