Push Play Detail What Led To Their Split 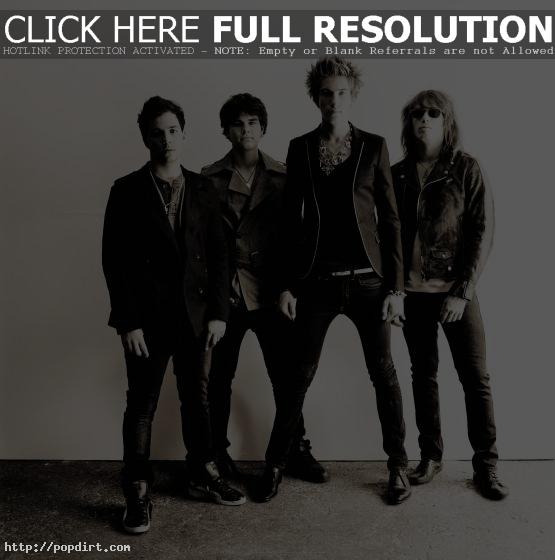 Push Play checked in with fans on their blog at MySpace (@pushplayrox) on Wednesday (April 28) offering an explanation for the pop rock group calling it a day last December. The “Push Play Team” write:

Message to Fans
Hello fans. Thank you for your concern. We can tell you what has honestly transpired as you deserve the truth. This past fall tour was a rude awakening for Push Play. Prior tours had always garnered many fans at shows. The band went out with all new music after a serious summer radio promo tour(in which they performed for free). The summer tour bore the burden of MAJOR EXPENSE but it was all done to promote the new album FOUND released last September and its single Midnight Romeo and to promote the touring of the album in the fall. The tour hit a terrible rough patch, only doing well close to home. In most states not more than 60 people came to shows and in Alabama and Atlanta as little as 10 and 22 respectively. Push Play had a crew of 4 plus themselves, a heavy burden. Push Play asked the label why there was such a limited audience in the other states. Their response was that the band needed either more daytime radio play to become known or to tour as an opener for a larger act.
With that knowledge, CJ decided to write a few songs that were top 40. He presented the songs to the band members. The other band members did not like the songs. They preferred an alternative route and were creating songs that you can now hear at youtube.com/gangreneclassic.

Under the agreement Push Play had with each other, they could not do solo activities without consent of each band member. Since there were no opportunities arising for a winter or spring tour as an opening act for a more well known artist or band and further that the remaining band members were not all on the same page about the future song direction of Push Play, CJ asked the band members to sign off allowing him to go solo to write, produce and work with and for other artists as well as himself in an effort to make some money back and stem the tide of the negative cash flow resulting from the failed fall tour in an economy that possibly rivals that of the Great Depression. They said it didn’t benefit them to allow CJ to go out on his own. Knee jerk response was to end Push Play right at that moment in January but after thinking about it the team thought it best that everyone blow off steam and clear the air. So it was decided they take a break from each other. Steve and Nick immediately enrolled in school(literally the next day for Steve) thereby putting an end to speculation about performing in the winter and spring of 2010. CJ began studying songwriting, theory and production. It was unfortunately assumed that Derek would go back to college as he was the only one on a completely full scholarship that included books and laptop but he passed on that(which wasn’t realized until after the Push Play team made the announcement that Derek was fulfilling his scholarship). Derek corrected that statement in his blog to everyone from MySpace.

It was figured that time apart would make the band members come to an agreement on songs and direction. Instead, they grew further apart. CJ moved to California and Steve began posting songs on his newly formed YouTube account. Yesterday the Push Play team found out through a twitter post from Steve that the 3 band members were going to perform a show of songs from Steve’s YouTube account known as gangreneclassic. A congratulatory tweet from the Push Play team on Push Play’s twitter was made in response to Steve’s tweet and announced the breakup of Push Play and wished the guys success. Today an explanation of that tweet was given: a one time performance for Long Island fans. Twitter is dangerous and limited to a few characters. It should be known that there is no band called Gangrene Classic, only Steve’s YouTube account.

CJ is currently in Los Angeles songwriting daily and interning under a producer. He was not aware that the 3 band members had decided to perform together. He also found out through twitter. He wished the 3 remaining band members the best of luck. He still considers them his best friends. They just drifted apart with their very different musical tastes and wants. Whatever ‘hate’ the fans have toward any of the band members is just plain wrong. They were boys when they formed Push Play and they are now young men free to go in whatever direction they want. The team wishes all of them massive success in their pursuits and has no ill will toward any of them. Push Play had its day and that day has come to an end.

The team along with Push Play want to personally thank everyone for their fanship during the Push Play years. We hope you will continue to be a fan of all 4 boys and make other fans aware that these 4 boys have made some tough life choices! Let’s help them by extolling praise, not hate.