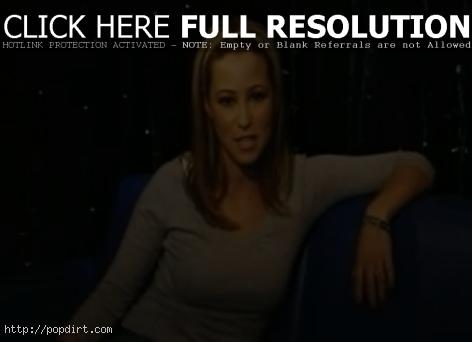 The Sun reports that former S Club star Rachel Stevens is due to sign the £100,000 deal with Pretty Polly tights this week which will see her legs plastered across giant billboards around the country — this despite being only 5’3″ — much shorter than leggier models usually touting the product. “Although Rachel is quite short compared to some of her predecessors, she has great legs,” a source close to Stevens said. “That was enough to convince Pretty Polly she would be perfect as their latest model. Rachel is stunning but still classy so she fits their mold.”

July 31, 2003 – The Sun had photos, since removed, of former S Club beauty Rachel on the cover of Arena magazine. The singer donned a tiny microskirt and leather gloves and clutched her boobs in a steamy photo shoot. She says, “I knew I wanted to do my own stuff when the band finished – to stay in pop but do something a bit funkier, older and more edgy.”

July 30, 2003 – Former S Club singer Rachel tells The Sun her new solo music sounds like Destiny’s Child star Beyonce Knowles. “I’d love to be like Beyonce,” Stevens said. “I’ve just about finished my album and, like her music, my new songs have a real R&B feel.”

Ex-S Clubber To Release A Single In September

July 19, 2003 – Contributed anonymously: Rachel, who was part of the band S Club, is set to release her debut single. Rachel’s single was originally titled, ‘My L.A. Ex,’ is now called, ‘Sweet Dreams.’ The song is due to be released, September 15th in the U.K. Also, Westlife and Louise are releasing their new singles the same day.

June 26, 2003 – The Sun reports former S Club babe Rachel has signed on with her band’s old label Polydor in a £1million solo deal. She’ll continue to be managed by Simon Fuller and is set to release her first single, ‘My LA-Ex’, in September. She said, “It’s a huge move but I’m looking forward to the challenge.” Read more.