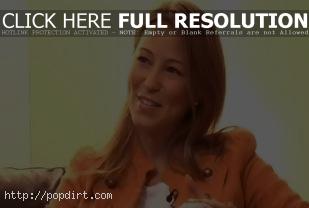 “Yes I love makeup, very much, especially when it’s six o’clock in the morning and I’m about to do TV, so it’s great having a makeup artist. I loved when I was a kid I wa a real girly girl, typical picture that you could imagine trying on all of my mum’s makeup, wearing her high heels. I was a real, couldn’t wait to start wearing makeup and stuff. I love experimenting with it. I also along the way have worked with lots of makeup artists and picked up handy tips, which is always very helpful. I definitely think with makeup that less is more. I actually do get quite, my makeup artist will tell you this, I get quite impatient sometimes when I’m getting my makeup done because I want it to just be done really quickly. It’s great to experiment with it. I love trying new things and I get a few goodies as well which is really nice.”

Rachel Stevens On Being A Sex Symbol

May 10, 2006 – Rachel Stevens Official VIP section of her web site features the former S Club star talking about how it feels to be voted one of the sexiest women on the planet and her role as a sex symbol in the media.

“I remember doing my first FHM shoot actually, and at this point I didn’t know about all these polls and things like that. I was just doing this for our first kind of grown up shoot I guess. I remember someone from the management saying, ‘Oh, you just gotten the (sexiest) poll’, and I was shocked. I do find it very funny, and I actually dropped in the poll last year, which I wasn’t very happy about. It is very funny, and yes, I wish I felt like a sexy symbol when I woke up at 7 in the morning. But it’s very nice. It’s very flattering, but I never get chatted up by guys or things like that, so I think I’m kind of old fashion like that. I like when guys do the chatting up, but yeah, they don’t.”