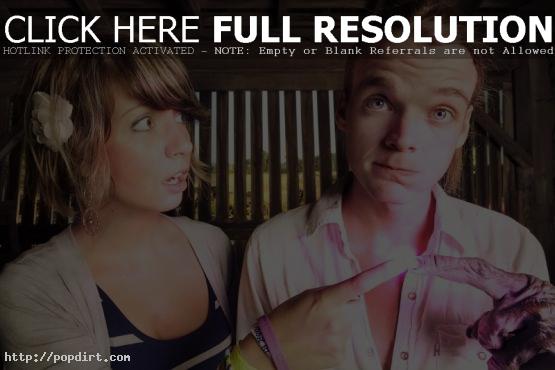 Check out her now former bandmate Trevor Kelly’s response after the cut.


Hey guys, so here I am sitting in the green room here in Chicago just hours from playing the third show in the Give It All Tour! Just in the past week there has been a lot of changes I understand, some may seem unconventional and pointless, but as a fan base I feel as if it’s my duty to remind you guys what this band is built upon, what the purpose, intentions and vision that this group Rachel and I have created from the beginning is all about! He Is We is bigger than any one band member, bigger than Rachel, bigger than me. This band was not a fabricated band, but a group we’ve built on opportunity and we never measured our “success” in money, friends or amount of Facebook likes we could accumulate, but more so in the more opportunities we got to interact and spread our music. This group has turned into an outreach of songs to inspire, give hope and relate to, reminding you that your not alone. With that over the years we’ve been able to travel nonstop spreading that message, interacting with fans making new friends and ultimately inspiring us to continue making music. This past year has been tough for us with health issues and you guys have stuck by our side every step. This past week though we were faced with a decision no one wanted to make but one that had to be made. You guys have to understand and respect what Rach is going through. She is unwell and not able to tour. Well, why don’t we just give up touring and just record albums?!? That’d be an easy way out I suppose but ultimately felt that it was needed to stay on the road and spread the message of He Is We. No, we didn’t just want someone to come out to karaoke sing our songs with us, but someone who could relate and pour their heart into the message we have built. Someone to inspire and grow with us and understand the pains and struggles we’ve all been through. I see all these “Team Rachel” things going around and quite frankly I’m Team Rachel, were ALL Team Rachel, even Stevie is Team Rachel. But we all need to realize there are no teams here, sounds cheesy but were team He Is We. Through thick and thin. We have built something great with this and want to reach as many of you as possible. Rach made it perfectly clear to me that she was not gonna be able to tour again and agreed to have the tour continue to give her time to heal and reflect and figure what the next step for us would be. We’re not doing this tour out of greed or prior obligations but because I believe in this band and what it stands for. Call me a fool or a “bad” friend, but there is nothing more to the story than that. I will not let this band go away. To many hours of tears, sweat, honesty, have gone into this project to quit touring, which I consider to be the best opportunity the band has to make a connection and impact! We know many of you have read a series of tweets and a tumblr post from Rachel that paints a very cold and dark picture. It would be so easy in a situation like this to lower ourselves to a “he said, she said” scenario, but we genuinely love and care about Rachel. She isn’t well. We want her to get better, emotionally and physically. I am not concerned with trying to “undo” some of the claims she made about myself and the band. Every one of you that I have met at ever show knows my character and commitment to the fans and the message of He is We. He Is We will continue. We have learned through all this that He Is We is more than Trevor, Rachel, and a bunch of songs. My relationship with so many of you is proof of my commitment to spreading the movement of He Is We. The emails we get saying “you helped me get through a breakup, tough times with friends, losing friends/family, depressions, thoughts of self-hurt or suicide” motivates me to keep spreading the message of positivity, hope, and truth that I truly believe in.