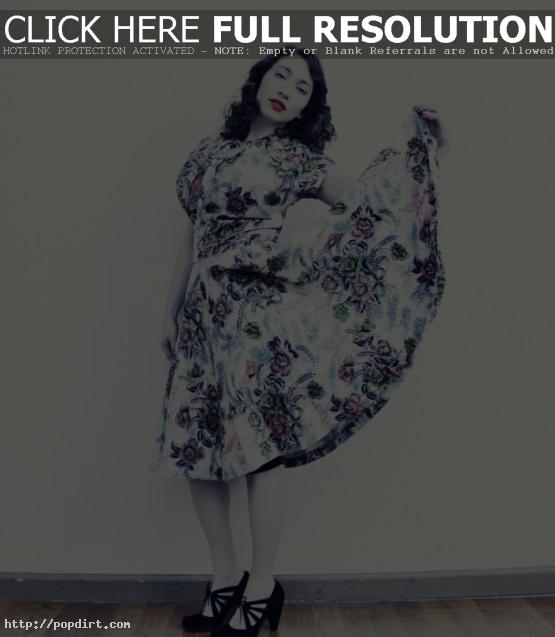 Regina Spektor visited ‘The Colbert Report’ on June 7th, where the Russian born singer songwriter talked about the story behind her latest album being titled ‘What We Saw From The Cheap Seats’ because “you have a good perspective” sitting up there. “I think it’s something everybody should be a part of. It’s the 99% up there.”

Because she was born in the former Soviet Union, host Stephen Colbert jokingly asked how does he know if she wasn’t a spy. “How do you know I did not come here to take American jobs,” Spektor responded, leading her to talk about her immigration into America at the age of 9. “It was actually really exciting,” Regina said. “Immigration is I think traumatic for adults, and really exciting for kids.”

Regina told Stephen she would recommend travel “to places where you don’t understand anything,” prompting Colbert to ask if she spoke English upon her arrival. “No, not right away,” she responded.

Talking about her upcoming return to Russia for the first time since she left at age 9, Regina said, “I’m excited. I always have been kind of nervous to go back, but at a certain point it got to a point where it’s just silly. I have to go back and play for the people. Especially to go as a musician, and see who my audience is, even if, I dunno if I even have one. I hope I have one. Just to have the experience where you get to talk Russian between songs, that’s cool.”

Watch the interview below and her performances of ‘Small Town Moon’ and ‘Ballad of a Politician’, both off her album ‘What We Saw from the Cheap Seats’, after the cut.