Robbie Williams nabbed the Best Male award at the 2001 MTV Europe Awards in Frankfurt Thursday and make light of his arrogant speech last year telling the crowd by taped message, “I’m very humbled to receive another award yet again. Last year I was very arrogant when I said ‘I’d like to thank MTV for my three houses, my five cars and my supermodel girlfriend, live the dream’.”

Robbie added, “The supermodel girlfriend turned out to be anorexic and decided to be lesbian, I couldn’t keep up with the mortgage repayments on three houses, so I’m living in a caravan. The five cars I had, I wrote them all off. Please keep buying my records, live the nightmare.” 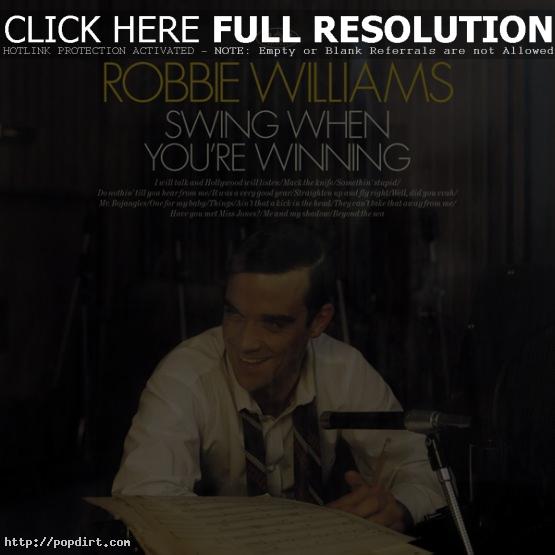 November 8, 2001 – The Sun’s Dominic Mohan reviewed the latest album by Robbie Williams, “Swing When You’re Winning,” which puts the singer in a new musical direction covered top classic songs. A duet with Nicole Kidman called “Somethin- Stupid” gets a perfect rating of 10 with Mohan as he admits, “Best song on the album. Could be the key to Robbie becoming a household name in the US. Could be Christmas No 1.” As for the whole album, he gave it a rating of 8 out of 10. Read the track by track review here.