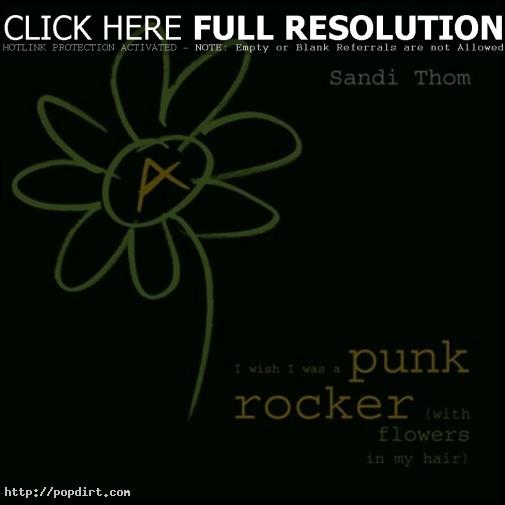 Sandi Thom has ended the nine-week run of Gnarls Barkley at the top of the UK singles chart. The Scottish musician, whose webcast claims were heavily questioned this week, moved up from number two with her song ‘I Wish I Was A Punk Rocker’, demoting ‘Crazy’ to two. Cee-lo and Dangermouse asked for their song to be deleted to make way for a follow-up single, due to be released in July. Other notables include Pink, who shot up from 19 to 5 with ‘Who Knew’, former Boyzone star Ronan Keating, who debuted at #6 with ‘All Over Again’, featuring Kate Rusby, Faster Kill Pussycat, who jumped from 37 to 7 with ‘Faster Kill Pussycat’, featuring Brittany Murphy, and Nelly Furtado, who debuted at #8 with ‘Maneater’.