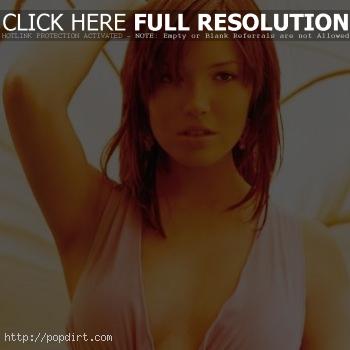 Mandy Moore tells Cosmopolitan in the magazine’s May cover story that one of her top screen kisses so far has come from ‘Scrubs’ star Sarah Chalke. “I’m not going to lie,” Moore said. “I’ve never kissed a girl before, so that was a lot more awkward. But she was maybe one of the best kissers.” Also making Moore’s top on screen makeout list are her ‘Scrubs’ boyfriend Zach Braff and ‘Entourage’ star Adrian Grenier. “It’s awkward kissing a guy who’s not your boyfriend. But I guess kissing handsome men isn’t the most awful gig on earth,” she said.