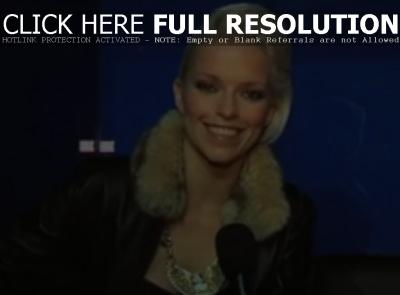 Hard2Beat talked with September (Petra Marklund), where the Swedish dance singer talked about being inspired by Kylie Minogue and Sophie Ellis Bextor, her rise to fame, and her 2003 single ‘We Can Do It’.

“My biggest role models were Kylie Minogue and Sophie Ellis-Bextor and Madonna, and a lot of big stars. I wanted to become an artist and I wanted to sing disco dance music,” she explained. “At first I was singing in a jazz band, I was like 13-14, and the rest of the bands were like 60, 70 years old and we were performing together. I started calling myself September six years ago and from that time I’ve been travelling all over Europe, but everything began in Sweden. I maybe had eight hit songs on the list in Sweden, then other countries started to find me.”

One thought on “September Talks With Hard2Beat”