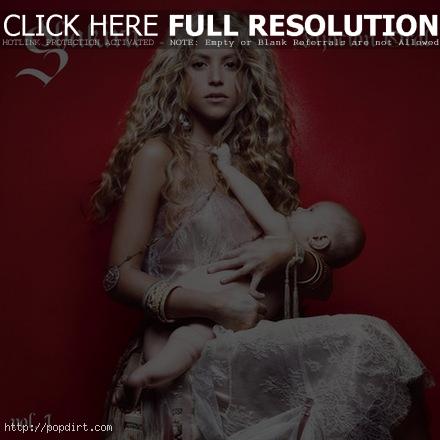 A Shakira fan site e-mail sent out reports that the singer made musical and cultural history with the debut of her new Spanish language album ‘Fijacion Oral vol. 1’ which sold over 157,000 copies in its first week of release, charting at #4 on the Billboard Top 200 album chart. With this remarkable debut, Shakira’s new album marks the biggest one week sales and highest chart debut for a Spanish language release in the Soundscan era. Sales of Fijacion Oral vol. 1 more than doubles the record set by Ricky Martin in 2003 when his album debuted at #12 selling 65,000 copies. ‘Fijacion Oral vol. 1’ also debuted at #1 on the Billboard Latin Album chart and is #1 in Spain, Mexico, Colombia, Central America, Venezuela, Colombia, Ecuador, Argentina and Chile. (Take that haters who claimed she is being shunned in Latin America) The album made impressive debuts in many non-Hispanic markets as well, with at #2 debut in Germany and a #3 debut in Austria and Switzerland. Thanks to every one who bought ‘Fijacion Oral vol. 1’ and helped to make history for Shakira!

One thought on “Shakira Has Biggest Spanish Album Debut In History”