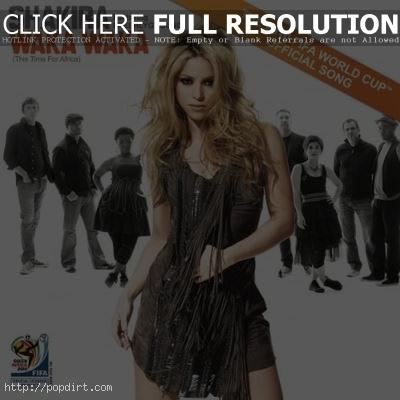 Shakira is out with the video for her song ‘Waka Waka (This Time For Africa)’, featuring Freshlyground, which serves as the official song of the FIFA World Cup 2010 – which starts on Friday. The song is featured on ‘Listen Up! The Official 2010 FIFA World Cup Album’, out now on Epic Records. The World Cup Kick-Off Celebration Concert, featuring Shakira, will be shown live online at worldcup.vevo.com on June 10th at 2:00 p.m. EST.