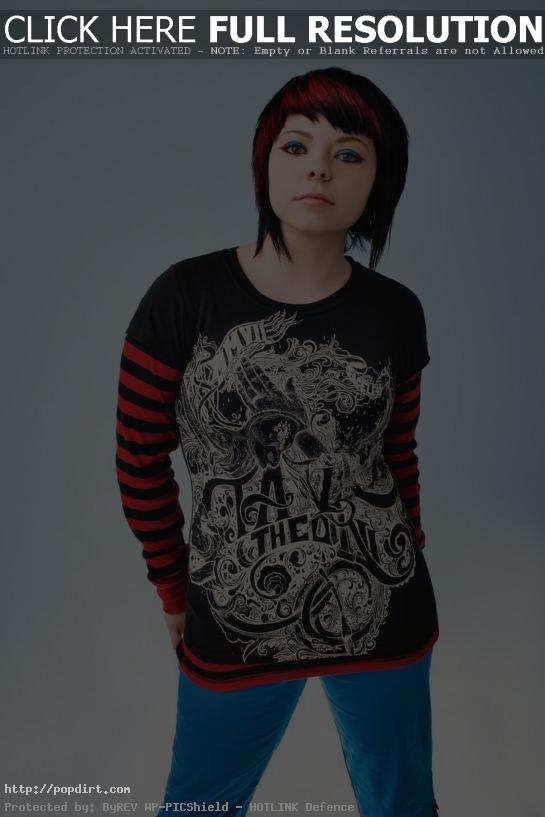 Shiloh checked in with fans on her blog at MySpace (@shilohofficial) on Wednesday (January 28), talking about plans to perform a few shows soon and to release her ‘Goodbye, You Suck’ video, the second off her upcoming debut album on Universal Music. The Canadian pop rock singer tells readers:

Haii everyone, I know I haven’t posted a blog in a little while, sorry bout that. And yeah there’s a few concerts happening, there should be dates posted up on here soon. It’s exciting for me, ’cause I REALLY wanna get on the road right now. LOL XD. Can’t wait to meet all of you, and do a show every night. Looking at going across Canada right now!

Uhmm and ALSO, I know you guys are waiting for more video footage, songs, u know stuff like that. Well I have news – there’s a video coming out later this week for the song “Goodbye, You Suck”!! We had a bunch of fans come out and record a performance video with me. It was really fun, uhmm but yeah, I can’t wait for you guys to see it. I wish it would have lasted longer…. we had some strobe light stuffs in it too, it was rly cool.

So yeah, anywho, everyone.. keep it real. And I’ll talk to you guys later. Keep hittin’ me up on YouTube, MySpace and now my FaceBook as well.