Simon Could Get $3 Million In ‘American Idol’ Deal

Star magazine reports a snitch at Fox tells them that ‘American Idol’ judge Simon Cowell is “guaranteed $1 million” for part two of the series next year. The source adds, “But he can triple that with a string of bonuses that increase with the ratings. They want him to be even more outrageous than this year. Let’s face it: Simon was the real star.”

September 19, 2002 – Entertainment Tonight was on hand at the ‘American Idol’ taping in Las Vegas and Tamyra Gray was asked about her possible guest starring role on ‘Boston Public.’ “I can tell you I had an audition,” Gray said. “And David E. Kelley is absolutely amazing. And that’s pretty much all I know. It’s too early to really see what’s going to happen. So I’m really excited to find out what’s going on.”

September 19, 2002 – Jay Leno joked during his Tonight Show monologue on Wednesday, “Hey, here’s some exciting show business news. The Fox network announced today there will be an ‘American Idol’ reunion show next week. Reunion. Yeah, I need to find out what they’ve all been doing for the past two weeks! See, what happened to them, huh? I haven’t heard of them since Thursday. Reunion show?”

RJ Helton Has Lots Of Good Stuff Going On

September 18, 2002 – ‘American Idol’ finalist RJ Helton tells Entertainment Tonight that his life has changed bigtime since being on the hit show. “It’s been insane,” R.J. said. “I’m definitely not done. I’m going to the Rich’s [department store] lighting of the Christmas tree in Atlanta to sing with Usher and Charlotte Church. I’ve got lots of good stuff going on.”

Donny Osmond Wants To Be An ‘American Idol’ Judge

September 17, 2002 – TV Guide Online spoke with Donny Osmond who says he’s a big fan of ‘American Idol’ and would love to be a judge for the second season. “I’d love to be a judge,” he says. “Oh man, in a heartbeat. I think it’s about time we have a show where talent is the basis instead of someone’s personal hygiene, like on these voyeuristic Big Brother shows. I come from an era when singers didn’t lip-synch, they performed. Show us what you can do!” 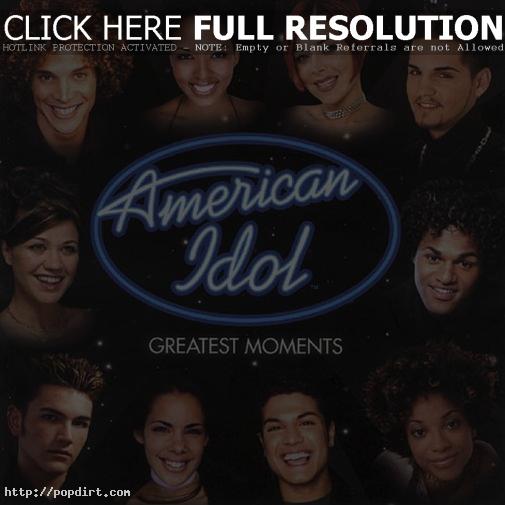 September 16, 2002 – Part of Entertainment Weekly’s Fall Music Preview focused on the ‘American Idol: Greatest Moments’ album, due October 1. Producer Steve Lipson recorded studio versions of 14 tracks that the 10 finalists originally performed on the show. “I like Christina’s ‘Ain’t No Sunshine’,” he said. “I think she got the emotion of it across well. Nikki’s very good as well — very underestimated. And Tamyra is brilliant too.”

«BBMak Doesn’t Mind Globetrotting
FumanSkeeto May Be Having Trademark Problems»