Sugababes ‘About A Girl’ Video 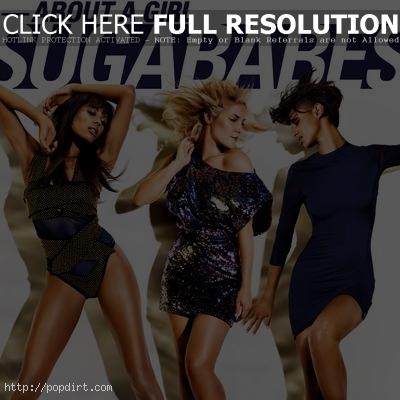 Sugababes are out with the music video to their new single ‘About A Girl’, the first featuring Keisha Buchanan’s replacement Jade Ewan. The video was filmed in Santa Clarita desert just outside Los Angeles and includes stunts, leather outfits and some fight scenes. The track is off the British girl group’s seventh studio album ‘Sweet 7’, out November 23rd via Island/Roc Nation. Watch the Martin Weitzs directed video below.

October 5, 2009 – Sugababes star Amelle Berrabah caught the ire of her bandmates Heidi Range and Jade Ewan during a photo shoot in London on Friday when her cell phone kept going off. “The others were kept waiting and got increasingly wound up,” a source told The Sun. “Heidi has seen it all before but Jade just wanted to get on and get the job done. Their management had to come down hard on the girls and tell them to behave.”

September 28, 2009 – Amelle Berrabah has been in tears and afraid to leave the house following abusive messages being sent her way by those who blame her for ousting Keisha Buchanan from Sugababes. “Her management have received thousands of abusive letters whilst her Twitter page has been overrun with them,” a source tells The Sun. “She’s petrified – some have been really threatening.”