Sugababes ‘Too Lost In You’ Video 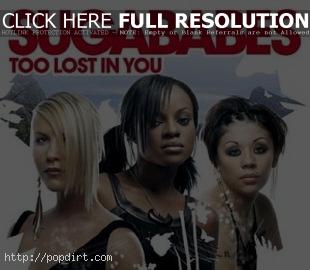 British pop trio Sugababes are out with the music video to their new single ‘Too Lost In You’. The song is taken from their third studio album ‘Three’. Watch it online below.

December 6, 2003 – The Mirror has highlights of the Capital Radio Christmas Live gig at Earls Court on Thursday night (December 4), including how Enrique Iglesias was attacked by an over-eager fan, Sugababes Keisha Buchanan and Mutya Buena doing a ‘t.A.T.u.’ and kissing onstage in what a witness called a “real raunchy snog”, and Capital’s DJ Neil Fox insisting that former Spice Girl Victoria Beckham has got a hit on her hands and will go #1 in the singles charts with her comeback double-A sided effort.