A Camp ‘Love Has Left The Room’ Video

A Camp are out with the music video to their new single ‘Love Has Left The Room’, off the Nina Persson fronted indie pop group’s second album Colonia’, out now on Nettwerk. Watch the Maximilla Lukacs directed video via YouTube below.

A Camp is releasing their new album ‘Colonia’ in North America today, and will head out on a U.S./Canadian tour in support of the release starting May 26th in New York City before wrapping up in Los Angeles on June 15th. Watch a message from the group, fronted by Nina Persson of The Cardigans, as well as the tour dates, below.

A Camp Performs ‘Stronger Than Jesus’ At The Grammis

A Camp’s Nina Persson posted her live performance of ‘Stronger Than Jesus’ at Sweden’s Grammis Awards on January 7th, which originally aired on TV4. Watch it below.

A Camp ‘Stronger Than Jesus’ Video 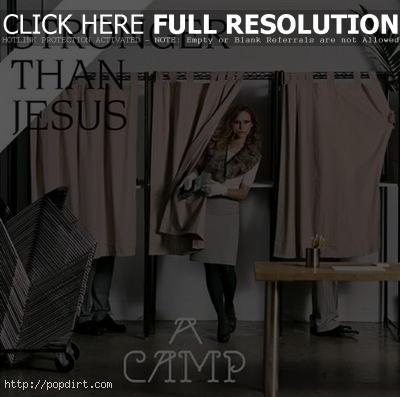 A Camp are out with the music video to their new single ‘Stronger Than Jesus’, the first single off the Nina Persson fronted indie pop act’s sophomore album ‘Colonia’, out February 2nd on Reveal Records. Watch the Amir Chamdin directed video below.