Alex Lloyd ‘What We Started’ Video

Alex Lloyd is out with the music video to his new single ‘What We Started’, the second release off the Australian singer songwriter’s fifth studio album ‘Good In The Face Of A Stranger’, out now on Inertia. The video paired Alex’s music to Corin Taylors short film ‘Sketches’. Watch it below.

Alex Lloyd checked in with fans on his blog at MySpace earlier today. The Australian singer songwriter tells readers:

If you want to download it free of charge you can do so at my new web site alexlloyd.com

It will only be available until this Wednesday night, 12pm EST time I hope you are liking it.

Alex Lloyd is out with the music video to his new single ‘Slow Train’, the first release off the Australian singer songwriter’s upcoming fifth album, released on Table Music. Watch it below.

Alex Lloyd spoke with Australia’s Time Off magazine about recording his fourth album at Seattle’s London Bridge Studios, where he took 16 songs to producer Rick Parashar (Pearl Jam, Alice In Chains), whose hands-on contribution impressed him. “He really pushed me, probably a little bit more than I would have pushed myself,” Lloyd said, “so I felt like I was challenged musically by him to do the best I could do. I wanted to concentrate on being the songwriter and the singer and not so much think about the sonics of the album. I just wanted that side of things to be out of my mind so I could make sure the songs were getting the attention they deserved.” The full story at TimeOff.com.au has since been removed. 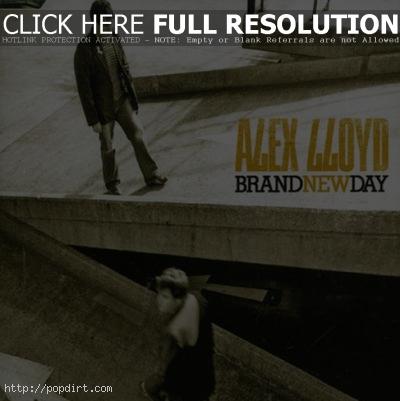 Alex Lloyd is out with the music video to his new single ‘Brand New Day’, featuring Australian actor David Wenham, from his self-titled album. Watch it at YouTube. 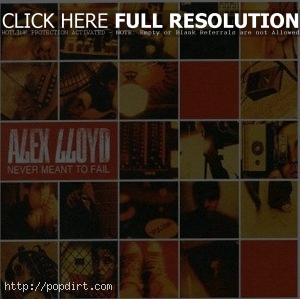 Sydney singer-songwriter Alex Lloyd is out with the music video to his new single ‘Never Meant To Fail’, from his forthcoming album due in October. Watch it online via Yahoo! Music below. Additionally, video from his studio sessions at Seattle’s London Bridge Studios has been posted on his official website’s diary at AlexLloyd.com.