CHEW LiPS made a video for their next single ‘Karen’ during their last tour. The London based dance trio also made a behind the scenes “rockumentary” filmed & edited by Pete Weasel. The clip features commentary from band members Tigs, James Watkins and Will Sanderson at Boston Manor House, where the clip was filmed, as well as the directors Tabitha Denholm and Tom Beard. The song is off their debut album ‘Unicorn’, out now. Watch it via YouTube below.

Chew Lips are out with the music video to their new single ‘Salt Air’, off the London electro pop trio’s upcoming debut album. Watch below. 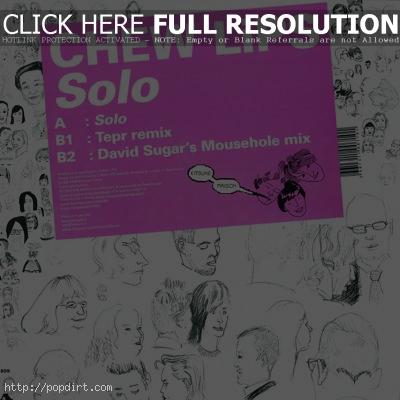 British electro pop trio Chew Lips are out with the music video to their new single ‘Solo’, out now on iTunes. Watch it via their YouTube channel below.