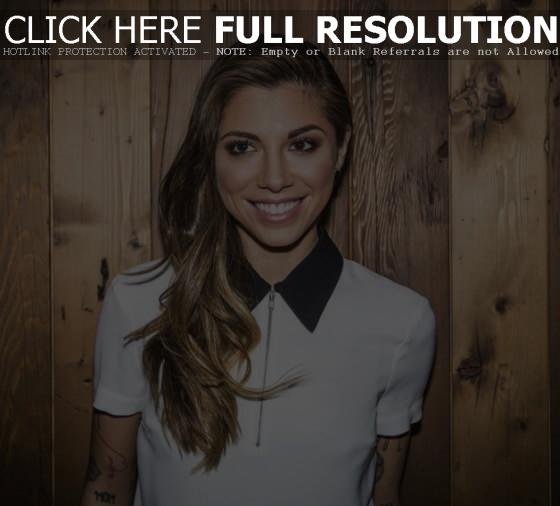 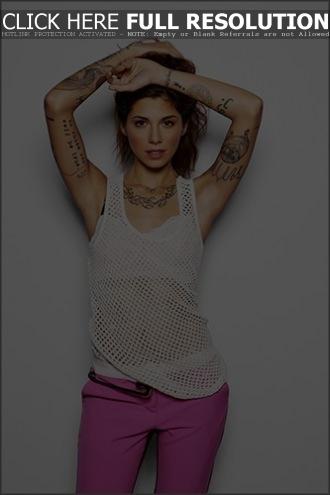 Christina Perri is out with the video to her latest single ‘Human’, off the American singer songwriter’s second studio album ‘Head or Heart’, out now on Atlantic Records. The Elliott Sellers directed video features Perri as a robot, with close-ups of the mechanics inside of her bionic body. Watch it via YouTube below. 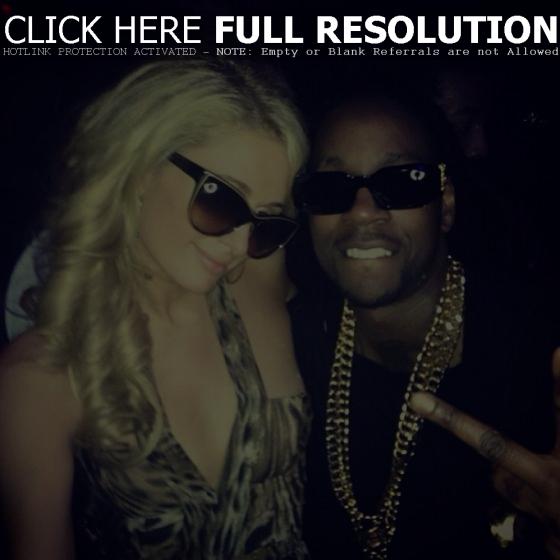 While Demi Lovato related her personal experiences with substance abuse in commenting on the death of Philip Seymour Hoffman, dozens of other pop stars shared their thoughts on the actor who died Sunday at the age of 46. Among the remarks on Twitter:

Ellie Goulding (@elliegoulding): Philip Seymour Hoffman, one of the most magnificent actors in the world, has died? Can’t believe it

Mandy Moore (@TheMandyMoore): Goodness. I never met Philip Seymour Hoffman but he sure was one of the greats. Condolences to his loved ones and all who admired his art.

Alexa Vega (@alexavega): Philip Seymour Hoffman. You are too great to be gone. Please no. 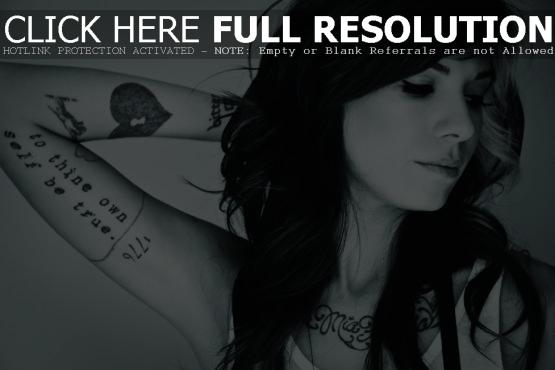 Christina Perri (@christinaperri): whoa, so so so sad. rest in peace philip seymour hoffman, you were so loved.

Mason Musso (@TheMasonMusso): “The Big Lebowski” is one of my favorite movies. Philip Seymour Hoffman only had a small role in that film…yet he was unforgettable. #RIP

Ashley Parker Angel (@ParkerAngel): A brilliant actor gone way too soon. One of the greatest of our generation. RIP Philip Seymour Hoffman. instagram.com/p/j7M2n-na3G/

Matt Nathanson (@mattnathanson): Philip Seymour Hoffman was one of the best we had. hands down. and 46 years old. how terribly sad. 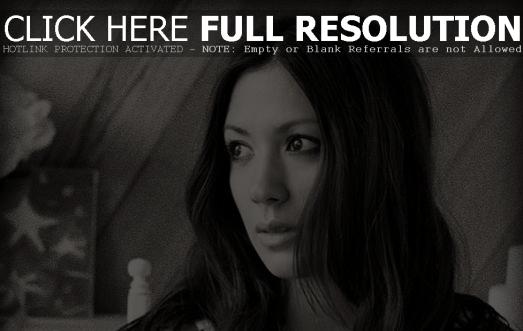 Sheryl Crow (@SherylCrow): So sad to hear the news of Philip Seymour Hoffman. Such a great & talented man. My thoughts & prayers go out to his family.

Paris Hilton (@ParisHilton): So sad to hear the horrible news about Philip Seymour Hoffman. He was 1 of the greatest actors of our time. My prayers go out to his family?

Aly & AJ Michalka (@78Violet): Our throughts and prayers go out to Philip Seymour Hoffman. He was a true talent & one of the best.His spirit on screen was like no one else

Vanessa Hudgens (@VanessaHudgens): Wow. Philip Seymour Hoffman, My heart hurts to lose him. SUCH a talented man. Truly, One of a kind. He will be so very missed. RIP

Kelly Clarkson (@kelly_clarkson): Just heard about Philip Seymour Hoffman. That’s incredibly sad for his family and friends. He was such a talented man. Such a shame.

Sandi Thom (@Sandi_Thom): RIP Philip Seymour Hoffman, another one gone far too young. Not just as actor, but an innovator and a true thespian.

Rachel Stevens (@MsRachelStevens): So sad to hear the news of Philip Seymour Hoffman . Such a talented man. 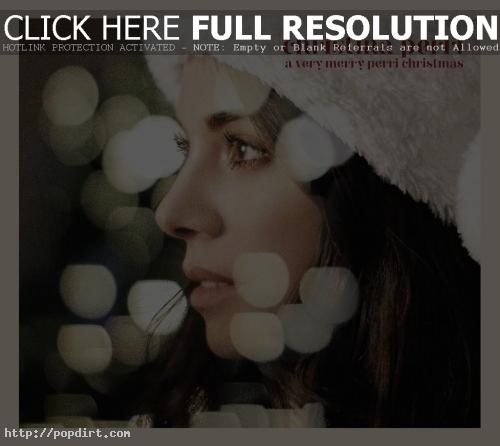 Christina Perri is set to release her holiday EP ‘A Very Merry Perri Christmas’ on Tuesday (October 16) via Atlantic Records. The disc features the all-new seasonal track ‘Something About December’ along with renditions of holiday tunes like ‘Merry Christmas Darling’ by The Carpenters and ‘Please Come Home For Christmas’ by Charles Brown. The 6-track EP is produced by David Hodges (Evanescence, Kelly Clarkson) and includes a take on the John Lennon and Yoko Ono track ‘Happy Xmas (War Is Over)’, featuring choral contributions from Michelle Branch, LP, Bushwalla, and Boys Like Girls’ Martin Johnson.

“I’ve wanted to make ‘A Very Merry Perri Christmas’ my whole life,” Perri explained. “Christmas is so big in my family, and I’ve been singing these songs since I was three years old. This EP is a collection of my all-time favorite Christmas songs, plus one original, ‘Something About December’, which my brother and I wrote about finding Christmas wherever you are in the world, because it lives in your heart.” 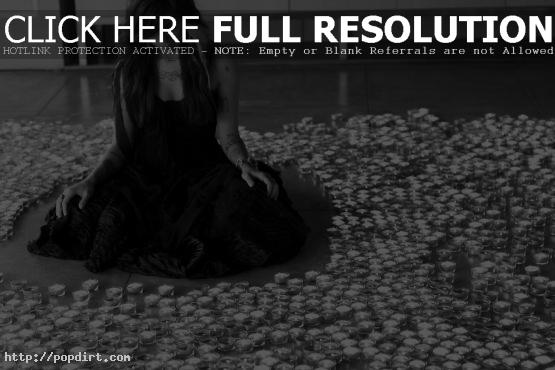 Christina Perri has announced details of a major summer tour. The dates see Perri joining her Atlantic labelmate Jason Mraz on the North American leg of his “Tour Is A Four Letter Word” World Tour, beginning August 10th at New Orleans’ Lakefront Arena and then continuing though early October. See the tour dates below.

The Atlantic recording artist recently teamed with the Grammy Award-winning singer/songwriter for a performance of her upcoming new single ‘Distance’. The appearance was a highlight of Germany’s 2012 ECHO Awards ceremonies. The single will be released later this month.

Perri’s original version of ‘Distance’ will be featured in a series of promotional spots heralding ABC’s hit series, ‘Revenge’, beginning tonight. Christina appears in a video featuring highlights from the show that will be featured during the ‘Revenge: From the Beginning’ clip show which airs on April 11th.

Perri will kick off her extensive U.S. spring tour April 30th at Asheville, NC’s The Orange Peel and then continuing through late May. Support on all dates come from Sleeping At Last. 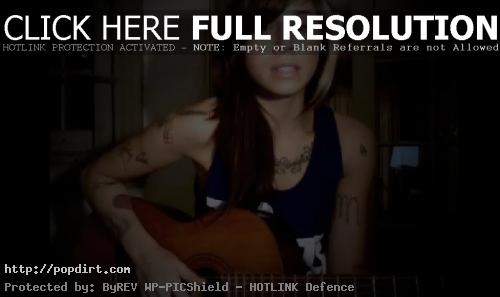 Atlantic recording artist Christina Perri has announced details of her upcoming US spring tour. The headlining trek gets underway April 27th at Hato Rey, Puerto Rico’s Coliseo de Puerto Rico and then continues through late May. Support on all dates come from Sleeping At Last. Check out the tour schedule below.

Pre-sale tickets are available to subscribers of the ChristinaPerri.com newsletter beginning today, February 14th – offering a VIP package option which includes entrance to an exclusive meet & greet – visit christinaperri.com for complete details. Additional pre-sale tickets will be available on February 15th and 16th, with all remaining tickets then offered to the general public on February 17th.

Christina Perri and Sleeping At Last tour dates:
April 30 Asheville, NC at The Orange Peel
May 1 Norfolk, VA at The Norva
May 2 Munhall, PA at Carnegie Music Hall of Homestead
May 4 New York, NY at Webster Hall
May 5 South Burlington, VT at Higher Ground – Ballroom
May 6 Clifton Park, NY at Northern Lights
May 8 New Haven, CT at Toad’s Place
May 10 Grand Rapids, MI at The Intersection
May 11 Lansing, MI at The Loft
May 12 Louisville, KY at Headliners Music Hall
May 14 Des Moines, IA at Wooly’s
May 15 Bloomington, IN at Bluebird Nightclub
May 16 Columbia, MO at The Blue Note
May 18 Madison, WI at Majestic Theatre
May 19 Bloomington, IL at Castle Theatre
May 20 Columbus, OH at Newport Music Hall 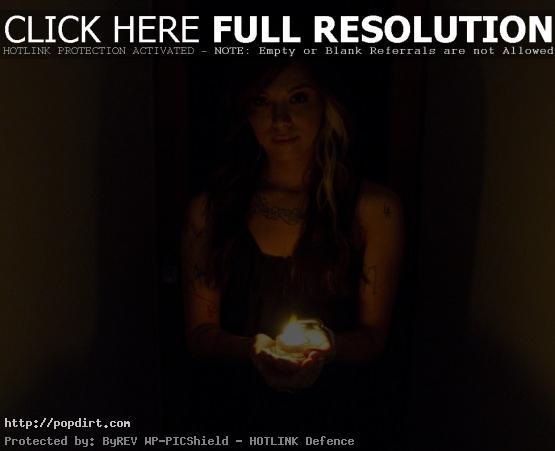 Christina Perri is out with the music video to her new single ‘A Thousand Years’, featured on Summit Entertainment/Chop Shop/Atlantic’s upcoming ‘The Twilight Saga: Breaking Dawn – Part 1 Original Motion Picture Soundtrack’, out now digitally and in stores on November 8th.

‘A Thousand Years’ is a brand new song me and my best friend David Hodges wrote for Bella and Edward,” Perri writes. “We wrote it after we so luckily screened the movie and I couldn’t be more proud of this song.”

Watch the Jay Martin directed video via YouTube below. 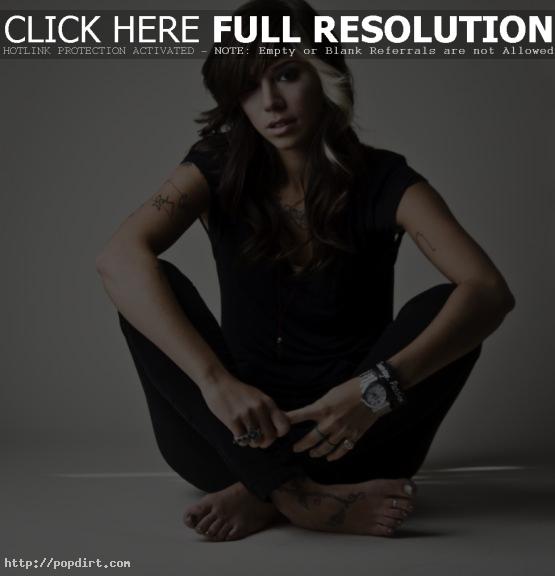 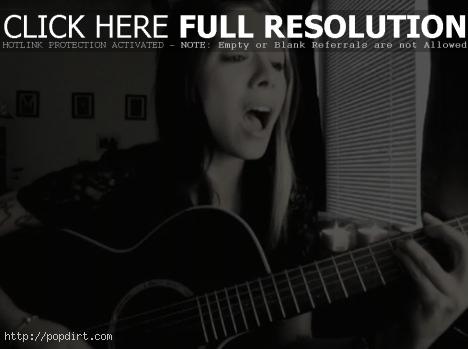 Christina Perri has become a big fan of Instagram and wants to see her fans looking their best at each of her favorite landmarks in the cities she’s touring in during her trek in support of ‘lovestrong.’

All of the photos will need to have location and the hashtag #lovestrong to be considered for entry. The photos will automatically be pulled into a tab on Christina’s Facebook page for her to see, http://facebook.com/christinaperrimusic and the map on her site, http://christinaperri.com/lovestrong.

Christina will pick the most creative photo submission as the winner. Each winner will receive 2 tickets to the show in their city the next night. All winners will be documented as a big dot on the map.