Clare Bowditch are out with the music video to her new single ‘Start of War’, from the Melbourne, Australia folk pop singer’s upcoming album to be released in 2010. The clip was shot on location in Berlin where Clare wrote and recorded the new album. Watch it via YouTube below.

Clare Bowditch And The Feeding Set ‘Your Other Hand’ Video

Clare Bowditch and The Feeding Set are out with the music video to their new single ‘Your Other Hand’, off the Australian alternative pop group’s third studio album ‘The Moon Looked On’, out now on Capitol/EMI. Watch it via YouTube below.

Clare Bowditch and the Feeding Set are out with the music video to their new single ‘I Thought You Were God’, from the album ‘What Was Left’. Watch it below.

Clare Bowditch And The Feeding Set’s new video for ‘Little Self-Centred Queen’ is out now. The song is off the Australian indie groups’ second studio album ‘What Was Left’, released on Capitol/EMI. Watch it online below.

Clare Bowditch ‘On This Side’ Video 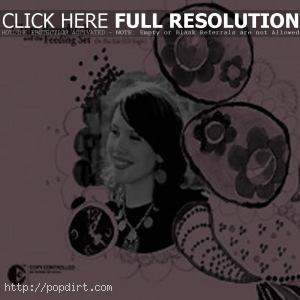 Clare Bowditch and the Feeding Set released the music video to their new single ‘On This Side’, off the Australian indie pop group’s second studio album ‘What Was Left’, released on Capitol/EMI. Watch it via YouTube below.