Dream visited the infamous Moonlite Bunny Ranch in Mound House, Nevada looking for pet bunnies, only to find the establishment inhabited by prostitutes. Jordan McCoy, Danielle Keaton and Lindsay Taylor heard the singing skills of a few of the off-key workers before showing them how it’s done. Afterwards, owner Dennis Hof wished them luck with their singing career, but suggested, “If it doesn’t work out, come back and see me.” Watch the webisode below.

Dream In Two States At Once

Dream’s Jordan McCoy, Lindsay Taylor and Danielle Keaton managed to appear in two states at the same time in a new YouTube video. The Bad Boy girl group straddled the Nevada, California state line, and hopped back and forth. Perhaps their next stop will be Four Corners to place themselves in Arizona, New Mexico, Utah and Colorado at the same time. Watch below. 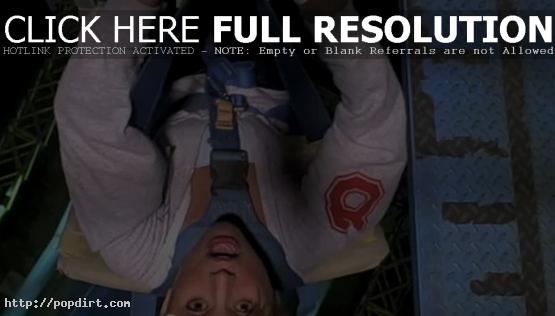 Lindsay Taylor of Diddy’s girl group Dream taught a dance class one of her favorite Britney Spears songs, ‘Womanizer’, during a class at Millenium Dance Complex on Friday. Watch it via YouTube below.

Jordan McCoy checked in with fans on her blog at MySpace (@jordanmccoy) on Saturday (December 13) with a Dream update. The teen pop singer writes:

Hey everyone! Hope you’re having a fabulous Friday :) I was in the studio with dream today! Yay! I love recording.. can’t wait to start performing these.

We had 3 songs scheduled, but could only do 2 of them because Hunter’s dad told us she can’t sing our new song “Dirty Talk.” (It’s a song about how its okay for you to tell someone to not talk dirty to you)! I was kind’ve bummed but.. the other 2 songs are really awesome and I got to work with a new producer! Brinck’s a producer/songwriter/artist from Denmark and he’s so cool and alot of fun to work with. hopefully you’ll be able to hear them sooooon!!

Hunter Pecunia also commented on the situation on her MySpace (@hunterpecuniamusic), echoing the remarks of Jordan about the message behind the song, though appearing to ignore her father’s likely concern about the song’s subject matter being inappropriate for his 13-year-old kid even if it speaks against “dirty talk”. Hunter writes:

Over-protective parents are such a pain sometimes! Don’t get me wrong, I love my dad more than life but honestly!! We went to the studio with 3 songs set up yesterday and could only record 2 because of him!! He had a problem with me singing our song “Dirty Talk” even though it’s about being annoyed with boys who talk dirty and telling them to stop. It was one of my favorite songs on the album, too :( I appreciate him looking out for me but when it comes to music I think I know what’s best for myself. I just wish he could see it too. 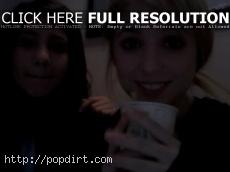 Debbie Hammond, CEO of ClockWork Entertainment, Dream’s former co-label that entered into a joint venture with Bad Boy, issued a statement with her thoughts on those reacting to the turmoil in Danity Kane and blaming it on their boss, Sean ‘Diddy’ Combs of Bad Boy Records. Hammond writes on the reformed Dream MySpace blog (@thedreamsite):

It would be really easy for me to say Diddy is the reason DREAM broke up too! Jump on the bandwagon and take no responsibility for my act’s behavior. But it’s just not true. Sean Combs, and Bad Boy are the most supportive, generous and kindness people I have ever worked with in any industry. They have PASSION FOR THE MUSIC and entertainment. They respect the buyers of their product and hate to disappoint. This is the truth from a platinum girl group that broke up while on Bad Boy. Sean “Diddy” Combs (CEO), Harve Pierre (President) and Gwen Niles (Vice President) treated us with respect, expected the best out of us to ENTERTAIN OUR MARKET WITH QUALITY MUSIC AND PERFORMANCES because that is what they truly believe the public deserves. They provided support in every capacity, and have NEVER lied to us on even 1 occasion. Good, bad or indifferent, they always told us the truth.

It’s sad when groups break up. But let’s put the blame where is belongs. I’m glad that there are still business executives that care enough about our impressionable youth to stop illicit behavior instead of just making money off of it. Danity’s buyers are young girls and women, primarily. Danity has an obligation to show decency and respect to their buyer. They were warned and disregarded the warnings completely. Bad Boy was pumping MILLIONS OF DOLLARS into giving them a chance.

The same goes for Dream. They quit. Diddy generously gave us a huge advance to do an album. We did it, and Dream quit, after they took his money. They didn’t follow through with their promises, and neither did Danity.

Jordan McCoy and Hunter Pecunia, the initial members of the reformed girl group Dream, posted a cover of the Lady Gaga song ‘Just Dance’ on their MySpace TV channel.

“We think that it’s an amazing song,” Jordan said. “And Lady Gaga, you are our favorite new artist.”

The clip, featuring Jordan on guitar, has since been removed at MySpace.

Jordan McCoy and Hunter Pecunia, the initial members of Bad Boy’s reformed girl group Dream, posted a cover of ‘Hero/Heroine’ by Boys Like Girls on their MySpace TV channel.

McCoy said of the track on the band’s self-titled debut and its singer Martin Bennett Johnson: “This is my favorite song from their album, I love you!!! Wish I had moves like you Martin.”

Watch the clip, featuring Jordan on guitar, ending with footage of Martin showing off those ‘Staying Alive’ dance moves below.

“Hi guys, it’s Dream, and we are gonna sing another song for you, because we love you so much,” Jordan said before the pair performed the unplugged track.