Elton John and partner David Furnish became dads on Christmas Day. It is a first baby for John, 62, and Furnish, 48, who have been together for two decades. The baby was born to a surrogate mother in California. Watch an animated report on the news from NMA below.

Sir Elton John and his partner David Furnish have become proud parents to a baby boy with the help of a surrogate. “For many years we have talked about fulfilling one of our greatest wishes by becoming parents. And now this wish has been granted to us, we feel so blessed and lucky,” Elton said about the arrival of Zachary Jackson Levon Furnish-John. “Zachary is healthy and doing well. [We are] overwhelmed with happiness and joy at this very special moment.” Watch a report from ITN about the news at blinkx.

Elton Not Down With Arizona Boycott

Arizona Daily Star reports John told the crowd of 8,800: “We are all very pleased to be playing in Arizona. I have read that some of the artists won’t come here. They are f**kwits! Let’s face it: I still play in California, and as a gay man I have no legal rights whatsoever. So what the (expletive) is with these people?”

Britney Wants Elton To Perform At Her London Concerts

December 7, 2008 – News of the World reports Britney Spears is planning eight shows at London’s O2 Arena in June as part of her ‘Circus’ world tour, hoping to double that number. The British tabloid adds that the pop star is hoping to get Elton John to perform with her during the London run. “It will be amazing,” a source told Dan Wootton. “Britney can’t wait to move to London. She thinks she’ll have more freedom.”

Sir Elton John sat down with the ‘Today’ show co-host Matt Lauer to talk about his musical score for the new Broadway show ‘Billy Elliot’. Asked about the difference between creating a pop song like ‘Bennie and the Jets’ versus a show tune, Elton responded, “It’s kind of easier in a way, because you know the story in the musical. The lyrics to the musical were written by the man who wrote the film script, Lee Hall, and Lee had never written a song in his life.” Watch the segment, aired Monday (October 20), below.

The Daily Mail reports Lily Allen and Elton John bickered with each other on stage at last night’s star-studded event at the Royal Opera House in Covent Garden, prompted by the ‘Smile’ singer’s deteriorating state as she sipped on champagne on stage.

Well into the show, Lily announced “…and now the most important part of the night”, prompting Elton to respond, “What? Are you going to have another drink?” Lily then fired back: “F*** off Elton. I am 40 years younger than you and have my whole life ahead of me!” The audience fell silent at the diss.

“I could still snort you under the table,” Elton told the 23-year-old. To which she replied: “Fu** off. I don’t know what you are talking about.”

Read more and check out pictures at dailymail.co.uk.

Update: Video of Lily’s drunken antics has emerged. Watch it below.

December 1, 2006 – Speaking at an opera house in Copenhagen, Denmark, Kim Wilde lashed out at Elton Joh. “He’s deluded. The man has always been deluded,” she fumed. “He’s lived a very unreal life for so many, many years, with so much excess that he’s lost touch with some realities of life. He’s become a self-indulgent person.”

Sir Elton John phoned in to talk with The Sun’s Victoria Newton and back Westlife in their chart battle against Oasis. Elton is furious at Noel Gallagher after he claimed Elt was too precious to go out for a pint of milk. “I’m so glad Westlife are ahead of Oasis,” Elton said. “After what fu**ing Noel Gallagher said about me I couldn’t give a sh** about Oasis. I go into fu**ing shops all the time myself, he’s just such a tosser. He’s an absolute tosser and he looks like Parker from Thunderbirds. They don’t deserve to be #1. It’s not a greatest hits album because they’ve left three of their biggest hits off it.”

Elton John spoke with ‘Access Hollywood’ co-host Billy Bush about ‘American Idol’ season two runner-up Clay Aiken’s recent interview on ‘Primetime Live’. Billy asked the singer, “Diane Sawyer asked Clay Aiken in an interview if he was gay. Is that understandable that Diane would ask that question?” Sir Elton responded, “Well, she’s a journalist. That’s her job. There’s been so many rumors about Clay in certain papers, that he has to expect if he’s being interviewed by someone like Diane Sawyer, that question is going to come up. A journalist has to do that. I don’t even care if Clay Aiken is gay or not. I mean, it’s none of my business.”

September 16, 2006 – Elton John has put an end to his feud with fellow British pop star George Michael, telling ITV host Michael Parkinson: “George and I are fine. He came and stayed down my house last year. We’re fine.”

Will Young Hopes To Work With Elton

September 11, 2006 – ‘Pop Idol’ season one champ Will Young would love Elton John to sing with him on his next album, a source tells Neil Sean of Sky News. “Will is disappointed that it’s not happened so far but he’s holding out hope that it will soon,” a source said.

July 2, 2006 – After Sir Elton John worked with Blue on their single ‘Sorry Seems To Be The Hardest Word’, the now solo Lee Ryan has asked to work with him on his next solo album. “Elton has been a mentor to me. I love him,” Lee told The People.
http://popdirt.com/lee-ryan-asks-elton-john-to-duet-on-new-album/50081/ 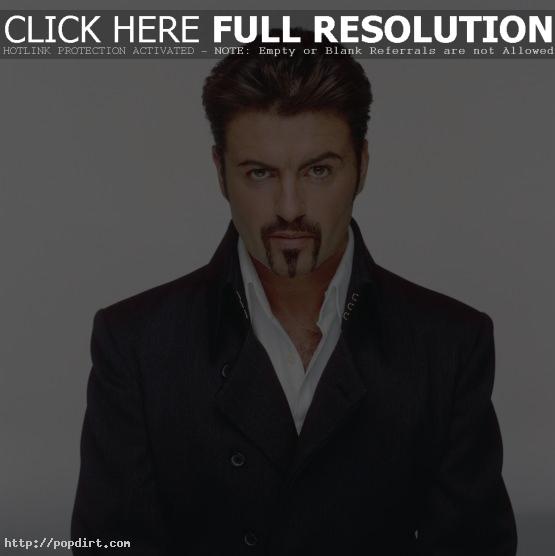 March 3, 2006 – The Mirror spoke with Elton John for his thoughts on James Blunt, who is enjoying his hit single ‘You’re Beautiful’ in the US top spot – the first number one for a UK solo artist release stateside in nearly 10 years, and his album ‘Back To Bedlam’ entering the top five. “Congratulations and well done to James, it’s great that someone else has managed to crack it again,” Sir Elt said. “It’s a fantastic single and a fantastic album. It’s great to see another British artist at the top of the charts.”

December 28, 2005 – Donald Trump commented on the news that Elton John married his long-time partner David Furnish on December 21st on the first day that civil partnerships between gay couples became legal in England under the new Civil Partnership Act. Trump said on his Trump Blog on December 22nd: “…I’m very happy for them. If two people dig each other, they dig each other. Good luck, Elton. Good luck, David. Have a great life.”

December 27, 2005 – Orlando Bloom, Bryan Adams, and Take That star Gary Barlow and his wife Dawn attended the ‘Stag Party’ thrown by Elton John ahead of his wedding to partner David Furnish at the TOO2MUCH club in central London, England on December 19th. Check out pictures from RexFeatures and GettyImages.

Elton John blasted Madonna as a “miserable cow” for refusing to sing at the celebration of his civil union to longtime companion David Furnish. “I’m sure he said it with great affection,” Madonna’s spokeswoman responded to Jeannette Walls of MSNBC.com. “Madonna wishes Elton and David all the best, I’m sure. She’s on holiday with her family.” Read more.

December 22, 2005 – Jay Leno joked during his Tonight Show monologue on Wednesday night, “Today was hump day, or as they call it in England, Elton John’s wedding day. Yesiree, bob. Congratulations to Elton John. He tied the knot today. Then after he was done, he untied him. But hey, no, he married his longtime male companion, David Furnish. You know, I think this is one celebrity marriage we don’t have to worry about Angelina Jolie breaking up. … Actually, did you see it on TV? It was a beautiful ceremony. I understand the bouquet was caught by Ryan Seacrest. … It was lovely. He caught the bouquet. And the bachelor party, did you see that on the news? The waiters were shirtless and wearing riding boots, which is what Elton wore on the wedding night, actually. … No, the bachelor party was held at a gay nightclub. It was packed. There must have been 20 guys for every guy. It was unbelievable.”

December 22, 2005 – British singer Elton John tied the knot with his longtime partner, Canadian David Furnish on Wednesday (December 21). Watch a report on the nuptials in England, which now permits same-sex unions, from CBS News below the cut. END_OF_DOCUMENT_TOKEN_TO_BE_REPLACED

Jay Leno joked during his Tonight Show monologue on Friday night, “Here is some good gossip. First, Elton John attacked Madonna for lip-synching on stage. Remember that? He attacked Madonna? Big thing, it was in all the papers. Well now, Madonna has attacked Elton John for wearing toupees and hairpieces. You know what I think? I think they’ve both hit menopause.”

November 12, 2005 – The latest edition of popbitch.com’s newsletter reports Madonna refused to use the provided toilet during her appearance on the German show ‘Wetten, dass..’. Producers of the program used a crane to deliver the Material Girl’s rented 18 square meter luxury toilet into the grounds. The first-class facility, also rented in the past by the Pope, features two wash basins with halogen lighting, two showers and a separate toilet room and costs $6,000 to rent.