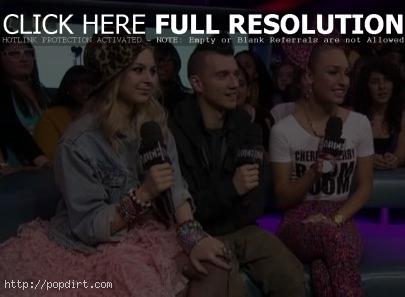 Colette Carr and her Cherrytree Records labelmates LMFAO, Natalia Kills, Frankmusik, and more just kicked off the Cherrytree Pop Alternative Tour in Canada. Colette, along with Frankmusik and Kay, were interviewed on MuchMusic’s ‘New.Music.Live’ the other day to talk about the tour’s first show, wardrobes, and show off their beatboxing skills.

“I got to hand it to Quebec, because they put their hands up without us even asking them to,” Carr said. Kay added, “I’m so thankful to be on this tour, it’s a phenominal opportunity for me. This is my first really big tour.”

The interview at newmusiclive.ca has since been removed.

Frankmusik & Colette Carr ‘No I.D.’ Video Behind The Scenes

Frankmusik and Colette Carr are out with behind the scenes footage for their ‘No I.D.’ music video, which was shot at Roosevelt High School near Los Angeles. “We’re doing like a ‘Grease’, ‘Glee’ type feeling,” Carr said about the video. ‘No I.D.’ is off Frankmusik’s ‘Do It in the AM’ album, out now, and will be on Carr’s upcoming debut album.
Watch it below.

Colette Carr and Frankmusik are out with the music video to their new single ‘No I.D.’. The video pays homage to the movie ‘Grease’, with Frankmusik taking a turn as a modern day Danny Zuko, playing off Colette’s blonde bombshell. Watch it below.

‘No I.D.’ is the latest single from Frankmusik’s US debut album ‘Do It In the AM’, set for release on September 27th and available for pre-order. ‘No I.D.’ will also be featured on Carr’s forthcoming debut album.

“There are always insane creative vibes when we are in the studio together, we never know what we will come up with, and we feed off the energy of the unknown,” Carr said about the collaboration. Frankmusik added, “It was amazing working with Colette and transforming the original rap style into a sung song.”

Colette Carr And Frankmusik ‘No I.D.’ 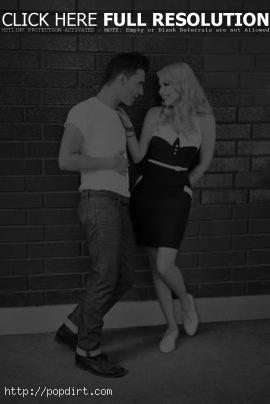 Interscope has released a stream of ‘No I.D.’, the new duet from Malibu-based electropop singer Colette Carr and Cherrytree labelmate Frankmusik, and a remix of the song by Rich Morel. The single will be available for download on Tuesday, September 6th with a video premiere following shortly thereafter. ‘No I.D.’ will be featured on both artists’ upcoming records.

Colette Carr joined Cherrytree Records label-mate Frankmusik on stage in London recently for a soundcheck for their duet ‘No I.D.’, a track that will be featured on both Colette and Frankmusik’s forthcoming albums. Check footage of the soundcheck via YouTube below.

Frankmusik and Colette also make cameos in each other’s music videos – Colette appears briefly in Frankmusik’s ‘Do It In the AM’ and Frankmusik rides a BMX bike in Colette’s video for single ‘(We Do It) Primo’.

Erasure Team Up With Frankmusik On North American Tour

Erasure will be launching the first leg of their Tomorrow’s World tour in the U.S. on August 31st, joined by opening act Frankmusik. The British artist, who is set to drop his full-length album ‘Do It in the AM’ in September on Cherrytree/Interscope, was producer for Erasure’s new album ‘Tomorrow’s World’, which is getting released in October.

The 27-date trek includes two gigs at New York’s Terminal 5, a pair of shows at Chicago’s Congress Theater, a night at the Hollywood Palladium, and a lone Canadian date in Toronto. 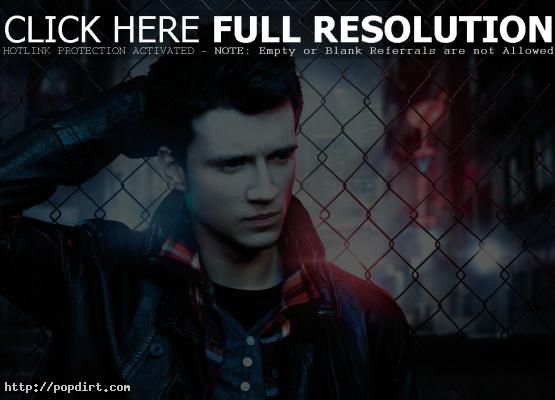 Frankmusik ‘Do It In the AM’ Video Commentary

UK electro-pop artist Frankmusik recently sat down with pop blog ArjanWrites to discuss his video for ‘Do It In the AM’, featuring Far East Movement. The video was released just last week and has already surpassed a million views on YouTube. In the interview Frankmusik takes fans scene-by-scene, providing insider details from how each shot was filmed to the inspiration behind the locations.

The single version of ‘Do It In the AM’, featuring Far East Movement, is available now on iTunes. Frankmusik’s US debut album ‘Do It In the AM’ is scheduled for release September 27th on Cherrytree Records. 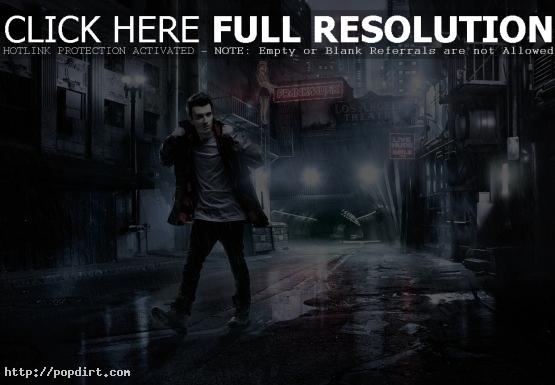 Frankmusik Talks About ‘Do It In The AM’ Video

Frankmusik talked about the premiere of his new video for ‘Do It In the AM’, featuring Far East Movement, in a new YouTube video. ‘Do It in the AM’ is available on iTunes now and the video premieres May 4th. “It’s happening. It’s gonna be amazing,” the British artist explained. “I’m partying with my friends in Orange County in the desert. I’ve got Mini Cooper to thank for the car. I just want to thank everyone who’s involved in it and hope you enjoy the video.” Watch below.