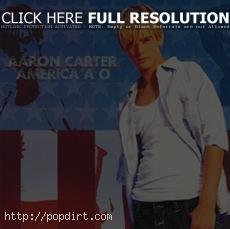 Several pop stars are making appearances on television talk shows this week, including several by ousted American Idol Carmen Rasmusen. On Monday, Carmen stops by MTV’s Total Request Live and the Wayne Brady Show, where Chantal Kreviazuk will appear as well. On Tuesday, she’ll be on the Caroline Rhea Show. Celine Dion appears on the Tonight Show with Jay Leno on Tuesday. Thursday sees Lisa Marie Presley on the Tonight Show, and later Kelly Clarkson appears on the Late Late Show with Craig Kilborn. Hilary Duff stops by TRL on Thursday as well, before appearing on Live with Regis and Kelly on Friday.

Worldofbritney.com reports that in the current edition of TV Guide there was a part where they asked Hilary Duff a few questions. For those of you who do not know Hilary Duff plays on ‘Lizzie McGuire’ and is in an upcoming movie. When asked who she’d like to meet, Hilary said, “I would love to meet Britney Spears. I think she’s cool. She gets a lot of flak for what she wears and what she does, but I still like her.”

Roger Friedman of FoxNews.com reports that with news of the Backstreet Boys being “dead”, member Nick Carter is being mentioned for an upcoming film project with Hilary Duff. As for the group’s second lawsuit against Jive Records, and insider snickered, “They’ve figured they can make more money in lawsuits than in recording.” The complete story at foxnews.com has since been removed.

Globe magazine reports that during Jennifer Lopez’s recent promotional tour to Europe, she kept things sizzling with fiance Ben Affleck with hot phone sex. “Their phone sex grew into an elaborate, timed and tender ritual with mood music, candles, bubble baths, special lotions and dress-ups, which Jen and Ben played out in private a continent apart,” a source close to J.Lo blabbed. Lopez told a pal that “she even was kind of hurt when [Ben] called the idea ‘goofy’. But once he got into the whole love-talk thing, it was Ben who couldn’t get enough.”

March 12, 2003 – Star magazine reports ballerinas on Jennifer’s latest video ‘I’m Glad’ are steaming at the singer. They were only paid $150 to erform at the all-night shoot, and were forced to stand outside in the cold in downtown Los Angeles until they were herded into an unheated basement with cockroaches. Now, they refer to J.Lo as ‘Pay-Low’.

March 12, 2003 – Alloy.com chatted with Hilary Duff and asked the singer/actress which celebrities have the most influenced her style. “The celebs whose style I worship most are Justin Timberlake and Jennifer Lopez,” she said. “But I pretty much get all my secrets and stuff from my older sister, Haylie.”

Zap2it.com reports The Disney Channel has halted production on one of its most popular series, ‘Lizzie McGuire.’ The decision has more to do with biology than economics. The show follows the lives of Lizzie (Hilary Duff), a middle-school student, her family and friends. But as Duff, 15, gets older, the show would move farther away from the Disney Channel’s core audience of elementary- and middle-school kids.

The full story at zap2it.com has since been removed.

Richard Huff of the New York Daily News caught up with Hillary Duff who is in Vancouver on the set of ‘The Lizzie McGuire Movie.’ The singer/actress admits “I just turned 15, and I’m depressed,” explaining, “I’ve got another year to wait. I feel like my life is passing me by without a license. I need to be driving!”