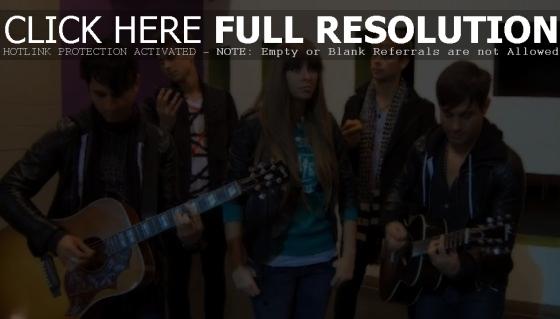 Honor Society performed an acoustic version of their song ‘My Own Way’ with Esmee Denters. The song is off the American pop rock group’s debut album ‘Fashionably Late’, out now on Jonas Records. Watch it via YouTube below.

Esmee Denters And Honor Society ‘My Own Way’ Acoustic Performance 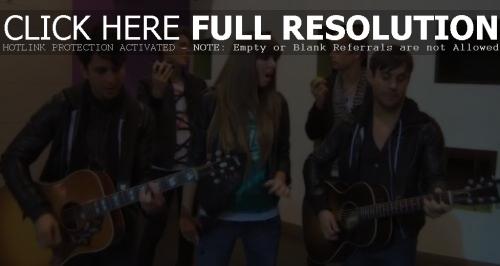 Esmee Denters and Honor Society joined up for an acoustic performance of ‘My Own Way’, a song of Honor Society’s debut album ‘Fashionably Late’, out now on Jonas/ Hollywood Records. Watch it via YouTube below. 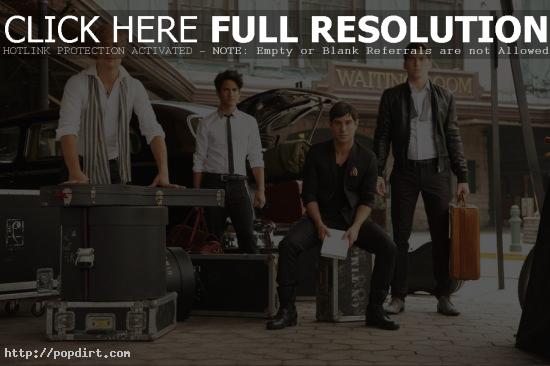 Honor Society have announced the full schedule for their ‘Fashionably Late’ tour in support of their debut album. The band, who recently wrapped up supporting dates for Jonas Brothers and Jordin Sparks, are currently promoting their new single ‘Over You’. The ‘Fashionably Late’ CD is due out on September 15th. The tour dates are as follows:

Honor Society spoke with Twist before a concert in New York City recently, where the guys talked about their best flirting tip and did a round of celeb fastball, revealing who is the loudest, funniest, cheesiest, biggest eater, biggest flirt, and more.

Honor Society ‘Where Are You Now’ Video 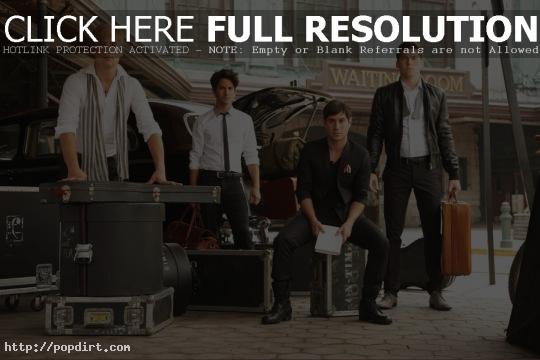 Honor Society are out with the video to their debut single ‘Where Are You Now’, from the ‘Bandslam’ soundtrack, out now on Hollywood Records. Watch the video, featuring footage from the musical-romantic comedy film, below the cut. END_OF_DOCUMENT_TOKEN_TO_BE_REPLACED

Tommy2.Net spoke with Honor Society, who will be the opening act on the upcoming Jonas Brothers Tour, where the pop rock group talked about how they got started, being signed by the Jonas Management Group, still not having a record deal, the status of their album, and more.

Interview audio at Tommy2.net has since been removed.

Honor Society demonstrated how to do the Honor Roll Dance up close and personal for Nelson of KIIS FM, who in turn showed the pop rock group the Stanky Leg. Watch it via YouTube below.

KIIS FM’s Karli from the Block spoke with the Jonas Brothers after the Honor Society concert at the House of Blues in Hollywood, talking with the sibling pop trio about how they discovered the group, getting ready for the world tour and its unique stage configuration, and what they look for in good music.

Questioned about their role in designing the tour sets and music choice, Kevin said, “We actually built a 3 dimensional model of the stage. The scale is in the office. It’s really, really funny. The stage is actually gonna be 144 feet long, and it’s in the round, so there’s so many front row seats all the way around. There’s so many areas for people to be close to us compared to an end stage where you can be really really far. We wanted to be as close as we could to as many people as possible.”

Talking about what the Jonas Brothers look for in good music, Joe said, “I think for us, good music, I think when we hear good music I think it’s just the attitude of the songs. The way they look. How they present themselves. I think the energy level, and also if they love playing music and that’s their dream and they’re living out the dream.”

Karli from the block was on hand at the House of Blues in Hollywood with the Jonas Brothers’ new group, Honor Society. The KIIS FM reporter went behind the scenes with the pop rock group, who talked about what they were thinking about performing at the venue before fans and celebs, how they got discovered by the Jonas Brothers, being big twitter users, their PPP (Pinkberry Parking lot Party), and still not knowing what their first single will be. Watch the footage via YouTube below.