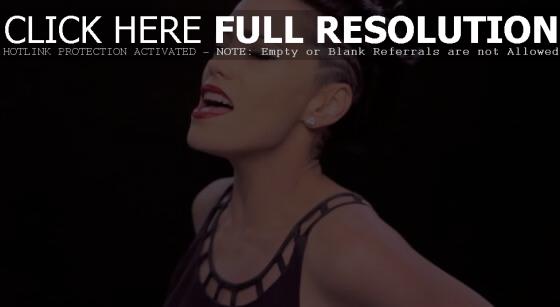 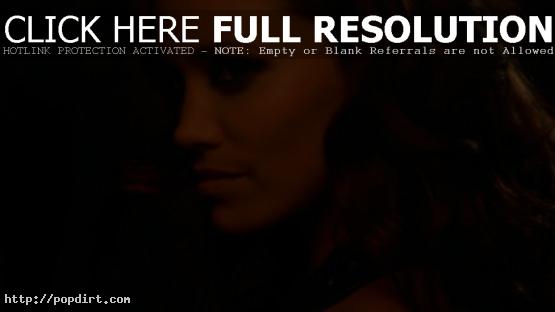 Jessica Sutta is out with the music video to her new single ‘Show Me’, off the Miami, Florida pop singer’s debut album ‘Sutta Pop’. ‘Show Me’ will appear as a bonus track on ‘Now That’s What I Call Music! Vol. 39’ and is featured in the ABC Family original movie ‘Teen Spirit’, which premiered earlier this month. Watch the video via YouTube below.

Jessica Sutta was spotted outside Katsuya in Los Angeles on Wednesday (November 10), where she was asked about her new solo work. “The recording is going really well, I’m gonna release my album in April,” the former Pussycat Dolls member said. She also talked about her dance experience and how she’d love to appear on ‘Glee’. Watch Hollywood.tv footage via YouTube below.

Jessica Sutta Takes The Stage Despite Back Injury

Jessica Sutta checked in with fans on the Pussycat Dolls’ MySpace (@pussycatdolls) earlier today, talking about soldiering on at Rod Laver Arena in Melbourne despite a bad back. Sutta writes:

I’m in Australia recovering from a back injury :( but I’m gonna perform tonight.:) I just can’t wait to get back on stage and meet all of our Melbourne fans!! Hey and if you are on twitter follow me! Jessicapinup.

Thanks for all of your love and support!!

According to a story in The Mirror on Tuesday, Jessica Sutta of the Pussycat Dolls took a swipe at Britney Spears, even though the girl group will be opening for Britney on her comeback tour in 2009. But the British tabloid provided no context to where they obtained the quote, or when it was made. “She obviously has deep personal problems,” Sutta is quoted as saying. “I try to stay away from that whole scene that Lindsay, Britney and Paris are on. Going out in LA without any knickers is definitely not a good thing. I know we have a lot of young girls who are PCD fans so I am a lot more wary than Britney of the example we set.”

Jessica Sutta of the Pussycat Dolls checked in with fans on the American pop group’s blog at pcdmusic.com on Wednesday. The 26-year-old writes:

All I gotta say is WOW! What a week. We just got back from Asia!! We did the MTV Asia Awards and the fans on the red carpet were the loudest we have ever experienced. We got to open the show with two songs ‘Buttons’ and ‘When I grow up’. And guess what! The audience knew the words to when I grow up!! YAY! ‘Doll Domination’ is actually happening. We also did a show in Singapore and it rocked! Can’t wait to go back! Now we have a couple days off and I am going to spend them relaxing, hanging out with Starr (my doggie) and preparing for Spain next week! I’ve never been to Spain and I am so excited! Gotta practice my Spanish.

Is MTV’s Quddus dating Jessica Sutta from The Pussycat Dolls? The pair were photographed together at Secret Society at B.E.D. on Monday (December 26) in Miami Beach, Florida. WireImage has since removed the images.

News of the World reports James Blunt has hooked up with The Pussycat Dolls’ beauty Jessica Sutta. “It’s early days, they’ve only just met, but James thinks Jessica is wonderful,” a source said. “They hit it off immediately but the logistics are difficult as he’s based in Britain and she’s in the States most of the time. But while Jessica was over here promoting her single, they saw a lot of one another. And even though she’s returned home, they hope to continue their relationship. But they know it will be hard. James is really smitten with Jessica. He’s hoping it’s the real thing and he has barely stopped talking about her since they met.”