Kris Allen Performs ‘No Boundaries’ On ‘The Early Show’

Kris Allen performed ‘No Boundaries’ on ‘The Early Show’ on the outdoor stage for hundreds of screaming fans on Thursday (May 28) in New York City. Check out pictures from Zimbio.

The ‘American Idol’ season eight winner talked to co-anchor Maggie Rodriguez about his surprise win, which left him “completely shocked”, having no regrets, sharing the winning moment on stage with his wife, and plans to “make a great album” – which won’t be country.

Video at CBS.com has since been removed.

‘American Idol’ season eight winner Kris Allen answered People magazine reader questions about babies, who he’d like to work with, his brother’s reaction to the success, missing barbeques in the south, and boxers or briefs. Watch below.

Kris Allen visited ‘The Ellen DeGeneres Show’ to talk about winning ‘American Idol’, and how he almost quit the hit FOX show. “My wife has been the [best] support ever,” Allen said. “I seriously almost gave up a lot, and she was just like, ‘You have to keep going.’ She believed in me more than I believed in myself.”

Ellen also got ‘Idol’ runner-up Adam Lambert on the phone. “We were kind of mentally prepared to have whatever happened happen,” Adam said about the moment Kris won and Ellen said he handled not winning beautifully. “He was shocked. I had to shake him a little bit. Adam then revealed, “I have to tell you something. I’m wearing the underwear you gave me on the blue carpet. It’s so comfortable. Thank you so much.”

Watch it below the cut. END_OF_DOCUMENT_TOKEN_TO_BE_REPLACED

Kris Allen On Whether Sexuality & Religion Aided His ‘Idol’ Win 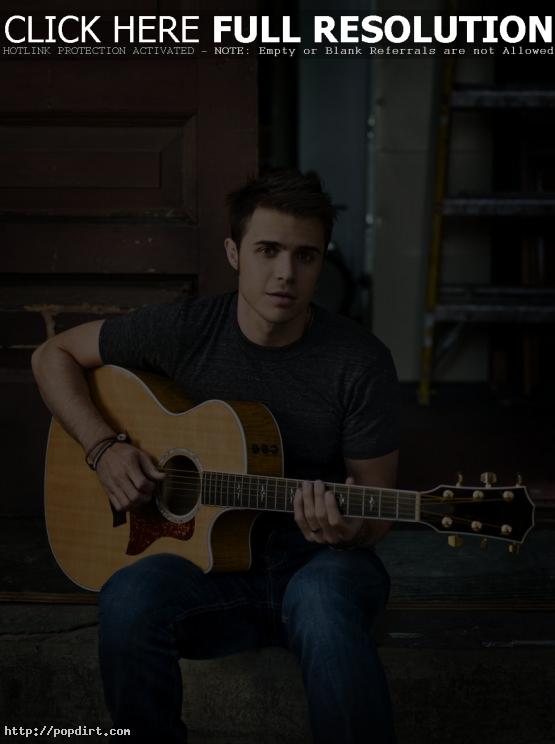 ‘American Idol’ season eight winner Kris Allen sat down with Billy Bush to talk about his victory on Wednesday night over Adam Lambert, and whether speculation over Adam’s sexuality may have played a role in the results. “Hopefully this thing is not about sexuality or religion. There was people talking about whether I was getting the Christian vote with Danny Gokey gone. We were both talking about that and we hope that is not the case. We hope it’s about or musical talent and what we do on stage.”