Tasha-Ray Evin of Lillix checked in with fans on the pop rock band’s official web site on Wednesday (March 2), talking about being part of a new docu-reality show. Tasha writes:

Hey guys, so I wanted to send you a note on something…

I auditioned for a Docu-reality show called “Rockstar Academy” a few months back and received a call back that I got the show! The show follows 12 students attending Rockstar Academy school on their journey toward making it in the music business. Now, I just finished the last week of filming! BUT, the final episode will be shot in Hollywood, where I will be performing and judged and the winner of the show receives a record deal! The trailer is on it’s way and you will get to watch it all on KVOS starting March 5 @ 7pm. 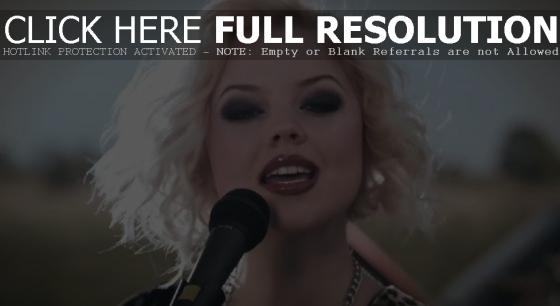 Lillix are out with the music video to their new single ‘Nowhere To Run’, off the Canadian pop rock group’s third album ‘Tigerlily’, which will be released in the fall 2010. Watch the Colin Minihan directed video via YouTube below.

Lillix ‘Nowhere To Run’ Video Behind The Scenes

Lillix are out with behind the scenes footage from the set of their ‘Nowhere To Run’ music video. The song is off the Canadian pop rock group’s upcoming third album ‘Tigerlily’, which was the original name of the band when they formed in 1997. Watch it via YouTube below.

Lillix About 60% Complete With Third Album Due Summer 2010

Lacey-Lee Evin of Lillix updated fans on the Canadian pop rock group’s blog at MySpace (@lillix) on Monday (April 19), discussing details on a follow-up to their 2006 album ‘Inside the Hollow’ and the music video for its first single ‘Nowhere to Run’. Lacey writes:

Tasha, Eric and I (Lacey) have been in the studio since Fall 2009 recording our third full length album with our producer “Futcher”. Studio time has been difficult to get due to the volume of bands recording (at our secret location) which has delayed the album a couple months. We are also quite particular with every instrument so I suppose the delay is our fault too, haha… Trust me though, it is going to be our best album yet and well worth the wait. Currently we have about 60% complete and our due-date is a Summer 2010 release.

Tasha and Lacey Evin of Lillix checked in with fans on the Canadian pop rock group’s MySpace Video channel, letting them know about their new web site, lillixonline.com. The siblings also have a new single out called ‘Dance Alone’.

“(The web site has) the latest news and you can listen to the single ‘Dance Alone’ in the music section,” Lacey said. “We also have videos from recent shows that are up. We’re doing weekly updates and there’s also another section called ask Lillix where you can submit your question and we’ll answer it on video form. We’ll be doing that weekly so check that out.”

Watch the message via MySpace below.

Lillix Are Back With Britt Black On Guitar

Lillix checked in with fans on their blog at MySpace (@lillix) on Sunday (March 15) after a tremendous amount of band turnover since their 2006 sophomore release ‘Inside the Hollow’. The Canadian pop rock group tell readers:

We are back. There is a lot to tell you!

We have a new guitar player, we’d like to welcome Britt Black to Lillix. You might know her from Liveonrelease, Bif N*ked, and/or her solo stuff. We’re really excited to be a full band again.

We have a new website coming in a couple weeks. We’re excited about it as well.

We have new pictures, check them out.

We are now on Facebook. Search “lillix” and you’ll find us.

We are recording a new single.

We have some shows coming up.

It’s great to be back!

Note: The Bif band unfortunately had to be censored to avoid triggering Google’s SafeSearch image filter.

Scott Thompson checked in with fans on Lillix’s blog at MySpace (@lillix) on Tuesday (April 22), announcing his departure as guitarist from the Canadian pop rock group. He writes:

I have decided to leave Lillix to pursue other interests musically and otherwise. I had a fun time and got to play in front of a lot of people. It was a blast but it is time for me to move on. I have nothing but respect for Eric and the Girls and this decision is nobody ‘s but mine. Thanks to all of you Fans who supported me and all of the kind words over the past year. See you soon! Scott

Eric Hoodicoff of Lillix checked in with fans on the Canadian group’s MySpace blog on Saturday (December 1). The band’s current lineup features Lacey-Lee Evin on vocals and keyboards, Tasha-Ray Evin on vocals and bass guitar, Scott Thompson on guitar and vocals, and Hoodicoff on drums. “We’ve had this lineup for a few months now and things are going really well,” Hoodicoff writes. “We are currently writing and demoing new songs for a new album to be released sometime in 2008. We’re really stoked on the new songs.”

Lillix Carry On With New Bassist And Drummer

Back in March, remaining Lillix members Lacey-Lee Evin and Tasha-Ray Evin told fans in a posting at Myspace: “We’re in a rebuilding stage. Two members left, but we are working with new members and will announce them soon.” Now, their MySpace (@lillix) lists drummer Eric Hoodicoff and bassist/vocalist Ashley Grobell.

Lillix: It’s Time For A Break 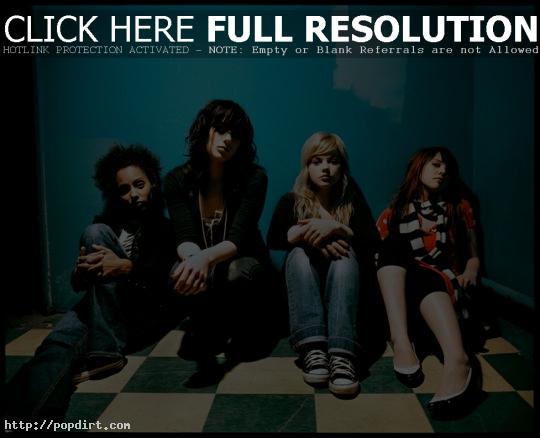 Lillix posted the following message on their MySpace page on Sunday (January 14):

“Hello Friends of Lillix. We hope everyone had a fantastic new years and here’s to the best in 07′. Im sure all of you have been wondering what’s going on with Lillix?

“It’s time to let you all know that we have decided to take a break. It has been 9 years. We’ve accomplished a lot, almost everything we intended to. It has been a lot of fun, a lot of hard work, but also a lot of frustration. We’d like to thank all of you who have been so supportive through the years. We mean this from the bottom of our hearts.

“Unfortunately, this means that ‘Inside the Hollow’ will not be available in any other country other than Canada and Japan. Sorry to those of you awaiting the release. It’s time for a change, and in the meantime we will be pursuing other musical endeavours. We love you all and hope to see you again in this new chapter of our lives.”