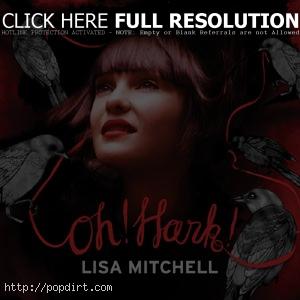 Lisa Mitchell is out with the music video to her new single ‘Oh! Hark!’, the third release from the Australian singer songwriter’s first studio album ‘Wonder’, out now on Scorpio. Watch it via YouTube below. 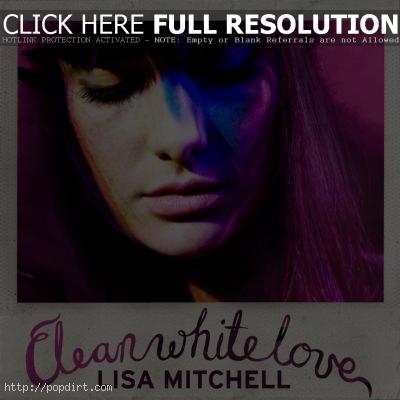 Lisa Mitchell is out with the music video to her new single ‘Clean White Love’, the second release off the Australian singer songwriter’s debut studio album ‘Wonder’, out now on Scorpio. Watch it via YouTube below.

Lisa Mitchell is out with the music video to her new single ‘Coin Laundry’, the first single off the Australian singer-songwriter’s debut album ‘Wonder’, out now on Sony Music/Warner Music. Watch the Vanessa Caswill directed video via YouTube below.

Lisa Mitchell Buys Her Debut Album At A London HMV

Lisa Mitchell checked in with fans on her blog at MySpace (@lisalisamitchell) on Tuesday (July 14), talking about buying a copy of her debut album ‘Wonder’ on its release day in the UK on Monday. The Australian singer-songwriter tells readers:

Hello, hello, hello! The album came out yesterday here in London (and the rest of the UK) so I went down to HMV and quite literally bought myself. It was sitting between Joni Mitchell ‘Blue’ and The Mitchell Brothers (As far as I know they’re not related). The lady at the till didn’t recognize me and I didn’t expect her to because I recently cut my hair into a blunt fringe and I’m not very well known over here anyhow. So I paid my seven pound ninety-nine (a bit steep, I thought) with a chuckle and we went on our jolly way! So, a bit of a bizarre day for me. 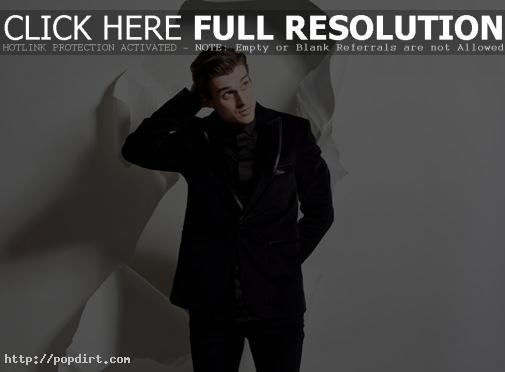 Lisa Mitchell Cut off Half Of Her Finger?

Andy Bull checked in with fans on his blog at MySpace (@andybull) on Friday (April 24), while on tour with ‘Australian Idol’ season four finalist Lisa Mitchell, who apparently suffered some sort of accident. The Australian singer songwriter tells readers:

Also it looks as if i have been absorbed into Lisa Mitchell’s band for this tour, since she cut off half of her finger, and am acting now as her pianist, which is good fun. It means I’m on stage most of the night, between my own set and hers. Its fun to play in somebody else’s gig as well as play my own set. Best of both worlds… plus a few extra coins in the pocket to spend at any of the thousands of road side porn stores here in QSLD. This place has more adult shops than Melbourne has cafes….

Lisa Mitchell Recording At A Farm Near Melbourne

Lisa Mitchell updated fans on her blog at MySpace (@lisalisamitchell) on Monday (February 23), working on some new material while out on a farm. The ‘Australian Idol’ season four finalist tells readers:

I’m in a shed on a farm near Melbourne with Danny Hume recording some songs. I realized when I got here yesterday that I’ve been in the city for too long. I’m very happy out here in the country at the moment. I’m playing a few shows this week with Tex Perkins and then Jason Mraz in April. Until then I’m working on songs for the album, trying to solve a Rubix cube, doing sweaty poses in a heated room with strangers (Bikram Yoga – not mass orgy) and doing things that I do. I’ll keep doing what I do and you keep doing what you do and maybe sometime soon we’ll bump into each other while we’re both doing what we do. Or maybe we’ll never meet. Ever. It doesn’t matter.

Lisa Mitchell checked in with fans on her blog at MySpace (@lisalisamitchell) on Sunday (November 9), discussing her tour with Australian indie rock act The Panics. The singer songwriter tells readers:

So much has been happening! I’ve begun the support tour with The Panics and the last show on my own ‘Neo Politan Dreams’ tour was a few nights ago in Perth at one of the most amazing places I’ve ever set foot in, The DeVilles Pad. Rob Vasey and Jann Bangma are the new editions to my live show which before them consisted only of me and my guitar. It got a bit lonely out there on the road and now with Rob and Jann on drums and bass it’s like I’ve found the brothers and the show I never knew I had. And these boys aren’t your ordinary band, no! These boys know how to make glockenspiels sing like sopranos and where to find $50 notes on the pavement, how to dance like jazzcats, dress like beatniks, sip Absynthe like you spread your peanut butter and above all they sure as hell know how to play. So, yes, as you can imagine, these shows have been some of the most amazing times of my life! And they’re only going to get funner. I want more people up there, more beautiful instruments and voices and bodies dancing around the stage, and so the band will be continually growing and evolving into a wonder-band.

Lisa Mitchell checked in with fans on her blog at MySpace (@lisalisamitchell) on Wednesday (October 8) with an update on the status of her debut album ‘The Attic Space’. The ‘Australian Idol’ season four finalist writes:

The album is finished. I had the most magical time recording it with Anthony Whiting, who produced it. I met him when I was in London last year and we enjoyed working together so much that I wanted to make and album with him. I’m a little mournful to have finished it – I would’ve loved to be in that cocoon of just recording and experimenting day after day for a lot longer. I would wake up every morning and chat to the cabbie on the way to the studio – usually they were in a good mood if I was running on time. Then I’d sit in ‘Peter’s Cafe’, (a dodgy little ‘greasy spoon’ diner-type place where all the fluoro-coated council workers go for their chips and burgers before their shifts start. Not bad coffee either.) a daily nook which I became quite fond of just near the studio for a cup of coffee and a moment to myself before we got into recording for the day. Into the green cavern of West Point studio to strum a beautiful old Gretsch electric guitar and spend hour after hour frolicking and probably the equal equivalent wrestling with perfection filled up the days. I suppose it had to end though, or else no one would ever hear it. 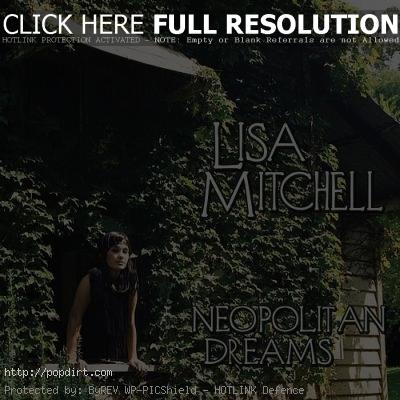 Lisa Mitchell is out with the music video to her new single ‘Neopolitan Dreams’, off the Australian singer songwriter’s second EP ‘Welcome to the Afternoon’, out now on Scorpio Music. Watch it via MySpace below.