English DJ Paul Morrell is out with the music video to his new single ‘Give Me Love’, featuring vocals from former Sugababes member Mutya Buena. Watch it via YouTube below.

Ex Sugababe Mutya Buena visited GMTV to reveal details about plastic surgery she had done on her breasts and bottom, discuss her new single ‘Falling’, and she offered her opinion on Keisha Buchanan being forced out of Sugababes. “Me just personally, I just don’t think the Sugababes is the Sugababes anymore,” Mutya said. “It would be different if Keisha had stayed in it and someone else had gone. I suppose now there’s no original Sugababes we should just reform again.”

Agent X are out with the video to their brand new single ‘Falling’, which features Mutya Buena and Ultra on vocals. The song is out soon on 3Beat. Watch the video via YouTube below.

Mutya Buena reportedly has spent $9,000 on a cosmetic procedure to make her butt rounder. “She tried bum-hoisting tights and cheek-enhancing knickers but wanted permanent surgery,” a friend of the former Sugababe revealed to News of the World. “She’s chuffed to bits with the implants now.” The 23-year-old will have to sit on cushions and lay down on her tummy for the next four weeks while recovering from the implant insertion.

Former Sugababes singer Mutya Buena walked out of the ‘Celebrity Big Brother’ house, blaming it on the sexual advances of rapper Coolio.

“The producers should have stepped in to stop this earlier,” the 23-year-old complained to The People. “Coolio is just a dirty old man who is old enough to be my father. He’s a sex pest who would perv on me all the time. It just made my skin crawl. I do not know how he was allowed to get away with it, as far as I’m concerned he got away with murder. He’s not my type at all I wouldn’t sleep with him in a million years.”

Watch a report on Mutya’s exit from ITN below. 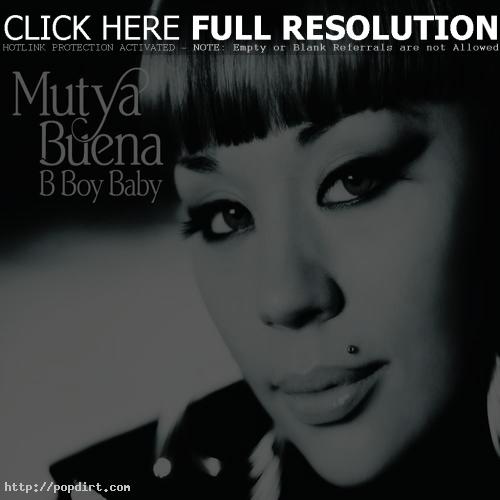 Mutya Buena is out with the music video to her new single ‘B Boy Baby’, featuring Amy Winehouse, the fourth release from the former Sugababe member’s debut album ‘Real Girl’, out now in the UK. Watch it below.

Mutya Says Sugababes Differences Are In The Past

When Mutya Buena quit the Sugababes, the official line was she wanted to concentrate on her daughter Tahlia, 2, but it was clear the arguments between her and bandmates Keisha Buchanan and Heidi Range lead to an unbearable tension. “I’ve got two sisters,” she tells The Sunday Mirror. “So when we get together we fight over nothing. When you grow up in a band with two other girls and see them more than your family, the same thing happens. There’s no agro between me, Keisha and Heidi. I saw Keisha briefly at the MOBO awards, but I haven’t seen Heidi since I left. Perhaps there were more disagreements between me and her, as we were very close. Maybe there was a bit more hurt on her side. But I think people will get over stuff when they’re ready. My number is still the same, so if you want to find me, it’s easy – do you know what I mean? As far as I’m concerned, differences are in the past.” Read the lengthy article here.

Former Sugababe Mutya Buena had too much fun on the town in London the other night, ending her evening with a tumble. “Mutya was enjoying a couple of drinks but fell over and broke her arm,” a source tells News of the World. “She’s in agony and felt very cross about it the next day.”

Glamour Women Of The Year Awards 2007

Popworld.com caught up with Siobhan Donaghy for a Q&A and asked the singer if she and fellow former Sugababe Mutya Buena still stay in touch. “We don’t talk very often but we have done on a few occasions via text or e-mail,” Donaghy said. “There’s never really been a problem between me and Mutya. Our singles are out quite close together so I’m sure we’ll probably be on a TV thing together. I’m actually quite looking forward to seeing her and her little girl because she said that it would be nice for me to meet her. It will be nice because there were some hard times back in the day, things did go a bit pear shaped.”