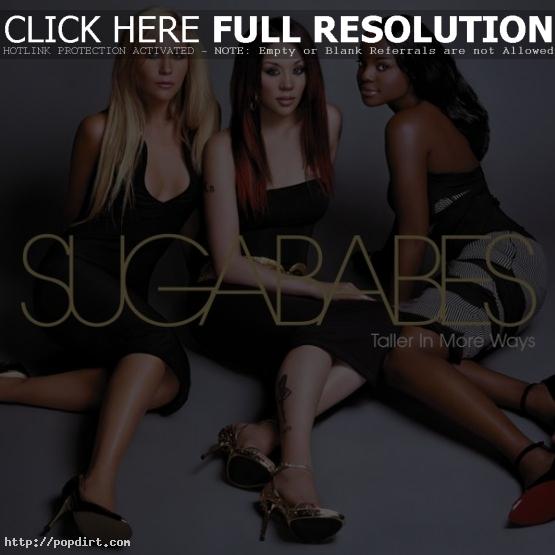 While most British pop acts dream of U.S. success, Mutya Buena of Sugababes tells Neil Sean of Sky News she’s worried the trio will enjoy international interest following the success of ‘Taller In More Ways’. “I’m worried about making it big in the US – it would be hard, as I have now a young daughter and am not at all keen on missing vital moments in her life,” she explained.

Sugababes star Mutya Buena is telling her bandmates she wants out of the group, sparking a crisis for their record label. “Mutya has told the girls she is leaving the band,” a source revealed to The Sun. “It has been tough for her since she had her baby daughter Tai earlier this year. The constant touring and recording schedules have just become too much and she feels it’s time to call it a day. Her label have told her she has to stay but her mind is made up. They will try to wheel her out to show the band are still together but it will all be official soon.”

The Sun reports Sugababes star Mutya Buena is set to become a mother, due to give birth in April with longtime boyfriend Jay. “We are both so happy and I am looking forward to having my baby,” she said. “I’ll take a couple of months off when the baby is born before rejoining the band to promote our fourth album in June.” That fourth album will be the focus on Monday when the trio flies to America to work on the disc.

Mutya Buena of the Sugababes and former Atomic Kittens Liz McClarnon and Jenny Frost were on hand for Linsey Dawn McKenzie’s 26th birthday party on Saturday (August 7) at Nells Bar on Dover Street in London. Check out pictures from FilmMagic.

The Mirror reports Sugababe star Mutya Buena was overheard in the ladies room at the Brit Awards saying she’d give Jenny Frost “a slap” if she ran into her after the reason the Atomic Kitten star gave for their break. Jen recently said: “We want to give other bands a chance. I think we’ve been hogging the limelight for far too long.” Mutya blasted, “I can’t believe she’d say such things – we don’t have to take the limelight from some kiddies’ band, the silly fu**ing cow.”

The Mirror reports Sugababes fans were left disappointed on the last night of the band’s tour on Sunday at the Shepherd’s Bush Empire when singer Mutya Buena lost her voice. “Mutya caught a bug from the tour bus driver,” a spokesman for the singer said. “She was feeling unwell before the gig but decided to go on anyway. In hindsight it probably wasn’t the best idea.” Mutya has been told to rest for two weeks.