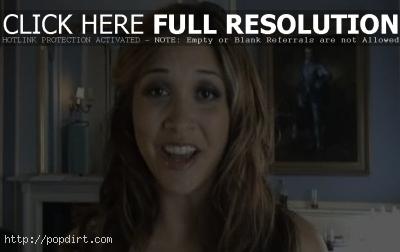 Did Myleene Klass Get A Boob Job?

Former Hear’Say star Myleene Klass’ latest photo shoot has The Sun wondering if the singer has had a boob job. Check out a before and after here.

March 11, 2006 – New Classic FM breakfast show host Myleene Klass is receiving a ton of fan letters from farmers around the country who like to listen to her voice while milking their cows early on Sunday morning. “I love reading the emails from the farmers, they say that the music soothes the cows,” the former Hear’Say star tells The Mirror. “It’s certainly a different audience to presenting on ‘cd:uk’.” Klass’ show airs overnight at 2 AM EST/11PM PST at ClassicFM.com. 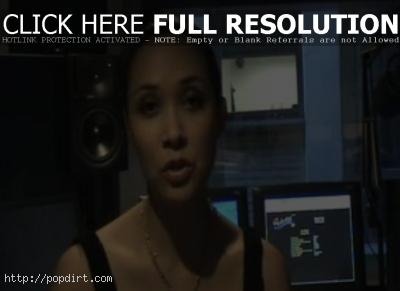 Former Hear’Say star and ‘cd:uk’ host Myleene Klass has got engaged to her long-term boyfriend Graham Quinn, a friend tells The Mirror. Quinn, 30, surprised Klass, 27, on a trip to Rome last weekend which he had arranged to look like a work visit, then took her “for a walk to the Spanish Steps where, he got down on one knee and presented her with a beautiful diamond ring.” Klass said, “I’m completely over the moon, I’ve just had the most romantic weekend ever. Graham’s the man I want to spend the rest of my life with.”

December 8, 2005 – The Mirror reports that former Hear’Say star Myleene was attacked near her home in South East London the other evening by a vicious gang of “happy slappers” which included three girls and two boys. Myleene, who launched the website Stop Text Bully on behalf of children’s charity NCH, was apparently specifically targeted by the group after one asked her if she was the host of the ITV1 show ‘cd:uk’. “This must have been a terrifying experience for Myleene,” NCH said. “Her ordeal highlights yet again how mobile phones are used to intimidate victims. It’s ironic that this cowardly assault mirrors some of the experiences she has been helping raise awareness of.”

Myleene Klass Hoping For Spot In U.S. Version Of ‘cd:uk’

December 6, 2005 – Former Hear’Say beauty Myleene tells Ann Montini of Sky News she is hoping that she can land role on the planned US version of the kids’ pop television show ‘cd:uk’. “I would love it as I always wanted to work on American TV,” she said.

The Mirror reports that former Hear’Say star Myleene Klass and Girls Aloud beauty Cheryl Tweedy, who both have boyfriends, flirted outrageously with 50 Cent as they were introducing him on ‘CD:UK’. “They’re both huge fans of Fiddy and there was lots of eye contact, giggling and fluttering of eyelids,” a source revealed.

Though Kym Marsh has talked about getting Hear’Say back together, her former bandmade Myleene Klass tells The Sunday Mirror she’s not interested. “I know Kym has been calling some members of the band trying to see if they want to get back together,” the new host of ‘cd:uk’ said. “I don’t believe in going backwards. I would never say never but I believe in going forwards. I shed lots of tears after the split. It was hard for all of us. But we also had some very good times together – the best.”

August 6, 2005 – Myleene answered donation lines at the BT Tower in central London on Tuesday (August 2). The former Hear’Say star was among those who pledged their support tonight to help millions of starving people in Niger. Klass manned the phones to take donations from the public after a high profile advertising campaign was launched to encourage people to dig deep. Check out pictures from WireImage.

July 3, 2005 – Former Hear’Say star Myleene attended the Private View for ‘The Sixties Set: An Inside View By Robin Douglas-Home’ at The Air Gallery on Tuesday (June 28) in London, England. The rare exhibition features photographs by the socialite and journalist Robin Douglas-Home, nephew of Prime Minister Alec Douglas-Home, and husband of Vogue model Sandra Paul.

June 5, 2004 – The Sun reports former Hear’Say singer Noel Sullivan has finally found some work since the breakup of the pop group. He has signed up to play Charlie Brown in a West End musical about ‘Peanuts’ dog Snoopy. “Noel is extremely excited because he loves singing. All any performer wants is to work,” a source insisted.

Myleene Klass Admits She Was Too Skinny

Myleene Klass admitted to OK! magazine that she thinks she became too thin after Hear’Say split. “I was too skinny, but I thought I looked okay.” Why the dramatic weight loss? “My ex was very critical,” Klass said. “He told me I was ugly, fat and didn’t deserve to be successful. It started slowly. He commented on how much I ate, but by the end he was so controlling, he locked me inside my flat. He never struck me, but abuse can be verbal as well as physical.” The singer added: “I was well aware people were talking about me when I walked into a room. I was so paranoid.”

June 8, 2005 – Former Hear’Say singer Myleene attended the launch of the new help and support website www.stoptextbully.com at a school in London, England on Tuesday (June 7). The site has been launched by children’s charity NCH and phone company Tesco Mobile who say that one in five young people has been bullied or threatened via their mobile phone or computer.

Former Hear’Say stars Myleene Klass and Suzanne Shaw, Britain’s Eurovision entry Javine Hylton, Liberty X star Michelle Heaton, and Jennifer Ellison attended FHM’s 100 Sexiest Women In The World Party hosted by the men’s monthly magazine, at Umbaba on April 21st in London, England. The party celebrated the annual poll of 100 sexiest women as voted for by readers, which was topped by Britney Spears in 2004. Check out pictures from GettyImages, FilmMagic and RexFeatures.

December 19, 2004 – Former Hear’Say star Myleene tells The Sunday Mirror she’ll be doing all the cooking for her family on Christmas, even though she’s a novice cook. “I’m cooking for the whole family and I can’t cook,” she admitted. “Last year my dad did it, but for every glass of sherry he put in the food he had one himself so we didn’t eat until 7pm and I’d eaten all the selection boxes.”

November 23, 2004 – Former Hear’Say star Myleene insisted to Neil Sean of Sky News that she hasn’t been dropped by her record label after press reports claimed she was. Klass said she’ll have two new albums out next year. One disc will be another classical album, while she returns to pop on the other. “I have not gone off the showbiz radar I will be back bigger & better next year,” Klass revealed.

Former Hear’Say babe Myleene Klass showed off her slimline figure in a sexy white bikini in the new issue of Loaded magazine. Check out photos from TheSun.

Myleene Klass’ Classical Career Is Over

October 24, 2004 – After signing a signed a £1million deal with Universal Classical last year, former Hear’Say singer Myleene has been dropped by the music giant. “We’ve decided not to release any new material with Myleene for the immediate future,” a label spokesman told The Mirror. A spokesman for the singer revealed Klass is already hard at work on a new pop album – and talking to three labels. “This is actually a positive time for Myleene,” her spokesman said. “She’s popular and charismatic, and there’s massive interest in her.”