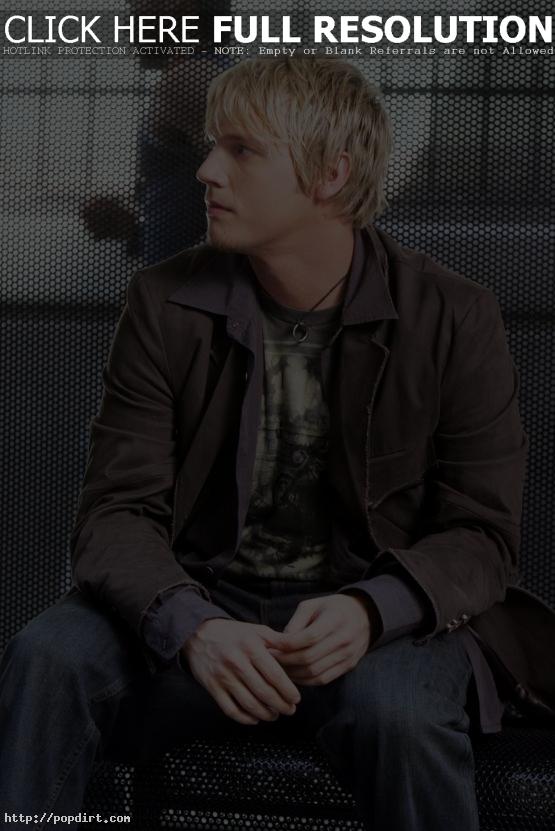 OK! magazine reports that Nick Carter is claiming to friends that he’s been dating Britney Spears. “Nick’s claming that he and Brit have been ‘dating’ for about three weeks,” a source close to the Backstreet Boys star tells the tab. “He says they’ve been chatting, texting, instant messaging and talking all the time; they’re both heavy into each other.” The 27-year-old has reportedly told his boy bandmates: “I really like her.” Read more. 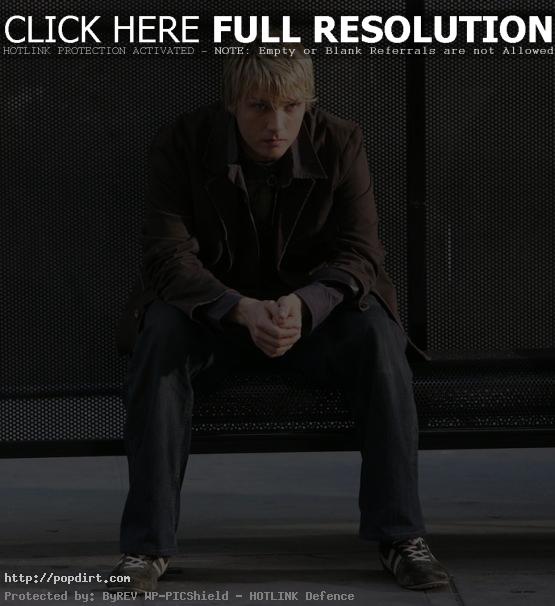 K. So check it. Its been crazy busy for me lately. We’ve finally finished this album. whew… It took forever. But you know what? It was def worth it. Its freaking great. I’m so excited to get it out and get on the road. Well it comes out October 30th. My favorite holiday. In fact. It’s the only one. HALLOWEEN BABY.

So. The reason I wanted to talk to ya was because I wanted to tell you a couple of small things. First is. My MySpace is def under construction. I’m gonna do some crazy things to it. So be prepared. Also BACKSTREETBOYS.COM is gonna be up soon. And when I tell u its gonna be the best site on the web. I MEAN IT! You gotta check it out. HOT AS FIRE!!! So one last thing cause I gotta run. I’m going to eat sushi at GEISHA HOUSE with Angel (yayy sis!!!) I’m gonna be performing at a club in COSTA MESA on the 22nd Called SHARK BAR. I’m gonna do a couple of songs for charity. IT’S FOR CATS. Yay!!! Meow. I’ve been writing a song for my movie FAST GLASS. And I think I’m gonna do that one. Plus the new BSB single INCONSOLABLE. Now I’ll warn ya. It’s only me. But we’re def gonna have some fun. Ok then. AGAIN AS ALWAYS I love ya. And You are awesome for all the support. mmmmmmmmmmmmmmmmmmm…. I’m freaking hungry. Gotta run. ha ha

Nick Carter On Paris Hilton: I Don’t Even Care Anymore 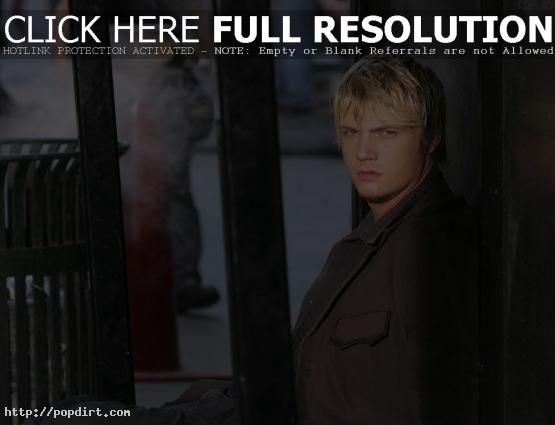 The Backstreet Boys dropped by the Scott & Todd in the Morning Show on WPLJ 95.5 FM in New York City on Tuesday (August 7), where Nick Carter was asked about his ex-girlfriend Paris Hilton. “Howie [Dorough] asked me that question this morning: ‘You don’t think about her no more? You ever wish you could be back with her?’ To be honest, no. I don’t even care anymore,” he said, before adding, “I think half of America doesn’t care either.” Listen to a clip at TMZ.

August 7, 2007 – Paris, sporting a beige summer dress, was joined by her dogs for a drive in style on Thursday (August 2), as they were chauffeured from house to house in the back of a black SUV. Video from x17online.com has since been removed.

August 7, 2007 – Jay Leno joked during his Tonight Show monologue on Monday night, “In Philadelphia, officials have broken up a hug identity theft ring that included celebrities’ names like Jennifer Lopez, Whitney Houston and Paris Hilton. People were buying items and charging it to those celebrities. And police said they first became suspicious when someone ordered a huge load of books under the name Paris Hilton.”

Paris Hilton’s Pint Sized Pets Make A Run For It

August 6, 2007 – Two more of Paris’ pets made a daring attempt at freedom on Tuesday (July 31), bolting from the heiress’ Malibu pad the second they had a chance. Hilton and a paparazzo were able to scoop up the pooches though. Check out pictures and video from X17.

August 6, 2007 – Dressed as pop dog carriers Paris Hilton and Britney Spears, PETA protesters took to the streets of Hollywood on Thursday (August 2) to cast light on the problems caused by buying pets through a breeder. Footage from TMZ.com has since been removed.

The Dolphin Footage Nick Carter Doesn’t Want You To See

Though Nick Carter of the Backstreet Boys has been named the U.N. special ambassador of the Year of the Dolphin, a campaign to help raise awareness about dolphins, ‘Jimmy Kimmel Live’ has discovered footage of the Backstreet Boys star arguing with the aquatic mammal. The comedy clip at abc.go.com has since been removed.

Nick Carter, Diving Into A Cause

Nick Carter was officially appointed a “special ambassador of the Year of the Dolphin” on Thursday (May 17) by the United Nations Environment Program Convention on Migratory Species. The Backstreet Boys star explained that he grew up in Florida and “from a very young age enjoyed the ocean and all its wonderful creatures… It saddens me deeply to learn that something that gives me such pleasure is in danger.” Read more.

Backstreet Boys star Nick Carter checked in with fans on his blog at MySpace on Tuesday (April 4). “Yes I know it’s been a while and I’ve been hiding away,” he writes. “But trust me. It’s been great. The album is gonna be sick. This is some top secret shh… So if you don’t tell. I wont. I’m not supposed to be saying much. But since we’re such good friends .. I couldn’t wait… he he. Yes!!! .. We’re are almost done. So close that the encounters of the third kind are ‘SINGIN WITH BRIGHT LIGHTS UNDERNEATH THE PALE BLACK SKY’.”

Jay Leno joked during his Tonight Show monologue on Monday night, “Us Weekly reports Paris Hilton is getting rid of her tattoo of Nick Carter on her buttocks. She’s getting rid of the tattoo. She’s not having it removed with a laser, it’s just fading from wear and tear apparently.”

January 23, 2007 – A source tells TMZ that as Paris Hilton and her sister Nicky made their way to a table at the re-opening of hip Melrose Avenue eatery, Table 8, Nicky whispered some telling words of wisdom to Paris, “Just walk in a straight line. Just walk in a straight line.” Apparently Nicky wanted to make sure Paris didn’t stumble after starting her partying off earlier in the night. Read more.

January 23, 2007 – Paris Hilton and Greek shipping heir Stavros Niarchos made sure not to be photographed together attending the Trump Vodka launch earlier this month. A source explained to the New York Daily News, “Word is that Stravros’ family has threatened to cut him off if he doesn’t stop going around with that crowd.”

Backstreet Boys star Nick Carter and a mystery woman were photographed at Yasmashiro’s restaurant in Hollywood, California on Thursday (November 30). Check out pictures from RexFeatures.

Backstreet Boys star Nick Carter checked in with fans on his blog at MySpace on Monday (December 4), where the singer was “just chillin in Tampa.” Carter writes, “Hello friend. What’s cracking with you. I’ve been great. I decided to take a trip back to my home town and hang with some old buds. The past few months have been incredible, I’ve grown so much. Kind of scary. But anyways, I know its been a while since I last left you a message, so I figured I’d bring you up to date. I’m glad that you’ve showed so much support through these crazy months dealing with the show, the boys, my family and myself. It’s been fun though huh. Ok. So I’m basically gonna just chill for the month of December and decide what the new years gonna bring. As always, I’d like to have your idea on what you think should happen. It’s good to have other opinions. He he. Cool? Alright’ so. I don’t wanna waste your time with another long letter. I just gotta tell ya one thing… 2007 baby… gonna be the best year yet! PS. I got to give a shout out to a web site that has been so good to me for so many years..(not-like-you.com) You’re great … Keep it up. And don’t give up.. love NICK”