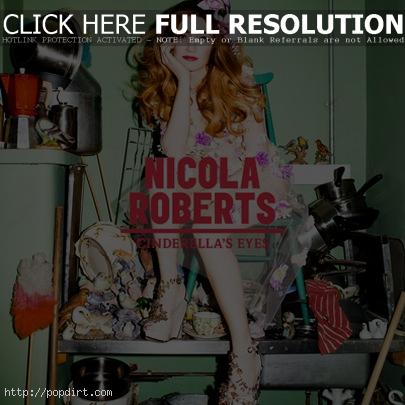 Nicola Roberts is set to release her debut solo album ‘Cinderella’s Eyes’ on September 26th via Polydor Records, and fans can pre-order it now on iTunes. The album includes the electro pop-dub ‘Porcelain Heart’, a look into Nicola’s personal thoughts and feelings with ‘sticks + stones’, and ‘Yo-Yo’, which combines classic pop lyrics to an erratic electro breakdown.

The iTunes pre-orders come with a highlights montage of ‘Through Nicola’s Eyes’ and the videos for ‘Beat Of My Drum’ and ‘Lucky Day’. Those who order the album via Play.com will receive an exclusive signed poster in the mail along with the CD.

Nicola Roberts Previews Her T4 On The Beach Concert

Nicola Roberts offered a video postcard ahead of the T4 On The Beach concert on July 10th at Weston-Super-Mare. “When you say to me T4 On The Beach I think a party by the ocean and everybody praying that it doesn’t rain,” the Girls Aloud member said. “I would say just go dress for the summer and if it starts to rain, it’s all part of the fun.”

As for who she’d like to perform with among those on the summer concert’s lineup, Nicola said, “I would like to do a trio and it would be with Jessie J and Katy B. That would be good. I would love that.”

What should concertgoers expect from Nicola’s solo set? “At the moment we’re just talking about the performance at T4 On The Beach with the choreographer and the band. So, we’re still early days but I’m so excited and I’ve told them I want to go all out and I just want it to be a big, fun party on stage.”

Nicola Roberts: I Don’t Care What The Haters Say Now 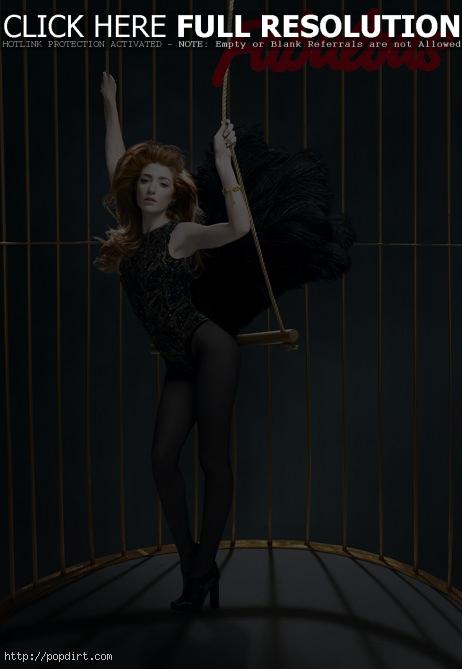 This week’s Fabulous magazine cover star is Nicola Roberts. The Girls Aloud star reveals herself to be a strong-willed, feisty redhead who has finally found her voice. “I don’t care what they say now… This is how I was born and I’ve got bigger things to care about than shallow people’s opinions of me,” Roberts said. The confidence Roberts is showing was likely to do with writing for her debut solo album. “I’ve learned so much making this record – I feel like I came out of myself in the studio,” the 25-year-old said. “I didn’t have the confidence to show the real me before.”

The entire story and pictures at newsoftheworld.co.uk have since been removed.

Nicola Roberts Leaving The Dorchester With Mom And Sister

Girls Aloud singer Nicola Roberts was spotted leaving The Dorchester with her sister Frankie and her mom on Mother’s Day (March 14) in London, England.

Nicola Roberts from Girls Aloud is joining politicians who are calling for a ban on sunbed use for people under 18. Fair skinned Nicola is also filming a BBC documentary about tanning. “I used to be hugely insecure about being pale – if I didn’t have a tan I didn’t feel attractive,” the 24-year-old singer confessed. “But I realize now that was massively unhealthy. We don’t all have to be ‘tangoed’ to be beautiful. The need for a tan is an obsession.” Watch a report from YouTube below.

Nicola Roberts Has Learned To Love Her Looks

In an interview with News of the World’s Fabulous magazine, Girls Aloud star Nicola Roberts opened up about how being considered the ugly one in the ‘Popstars: The Rivals’ group consumed her. “I never even mentioned my insecurities to the rest of the girls because I felt so embarrassed,” the singer admitted. “If something negative was written about my looks, I’d clock the other girls folding the newspaper up or hiding it away. I didn’t say anything and they didn’t say anything. It was like we all agreed to pretend it hadn’t happened. I was also aware that it sounded pathetic. I was in this amazing band, I had this great life, and I was letting the fact that people slagged me off for being ginger and miserable ruin that. My way of dealing with it was to go home to Runcorn in Cheshire as often as I could to go out with my mates and get slaughtered. It was the only thing I could do to block everything out.”

But now, Nicola has overcome doubts about her looks after working on ITV2’s ‘The Passions Of…’, where she helped create a range of make-up for girls with fair skin. “I don’t know if it’s my face that’s changed or that my confidence has grown,” she said. “I realized I’d been completely focused on thinking beauty was all about a certain image. The great thing about women is that we’re all different, and I’m different. I’ve still got bright red hair, a skinny body and blue legs, but I like the fact I’m different. I like me.” Read more, check out pictures and video at fabulousmag.co.uk.

Nicola Roberts of Girls Aloud was spotted going into Amika Nightclub on Saturday night (September 22) in London, England, where she celebrated her boyfriend’s 30th birthday. Check out pictures from superiorpics.com.

Being Called Girls Aloud’s ‘Ugly One’ Hurtful To Nicola Roberts

Nicola Roberts is responding to Lily Allen, and many others who have called her the “ugly one” in Girls Aloud. “I’ve had people say that to me for five years now,” Nicola tells OK! magazine. “She called me ‘the ugly one’ because she couldn’t remember my name so she must really think I’m ugly. It did get to me, but I’ve almost got used to it. The first time I was called ugly was when I was 16 and for a girl of that age coming into a world like this, it was heartbreaking.” The 21-year-old added, “I was still a child. And being told I was the ugly one of the five girls is so hurtful. The other girls are gorgeous and pretty, I’m more quirky.”

Nicola Roberts And Boyfriend Come To Blows In Liverpool Club

The Sun reports Girls Aloud star Nicola Roberts was left sobbing at Mosquito club in Liverpool after another argument with her boyfriend Carl Davis. “It was a really nasty row,” a witness revealed. “They began the night all huddled up in a corner of the VIP section, snogging each others’ faces off. Then they began rowing and it really kicked off. They were pushing, pulling and shoving each other and she was in floods of tears. Nicola was giving as good as she got. She didn’t care who was watching – and they had quite an audience. There were quite a few Everton footballers hanging around. They had been showing her a bit of attention, I don’t know if that was a factor.” Read more.

The Mirror reports that Nicola Roberts is now the only single member of Girls Aloud after splitting from her boyfriend of five years, Carl Egerton. “This is definitely it, they’re not getting back together,” a source told the tabloid. “They’ve been at each other’s throat for ages. One day last week, in the middle of a heated argument, something just snapped and Nicola decided enough was enough. Everyone thought that this relationship would one day lead to marriage and kids but it just hasn’t worked out that way. They’d been together since she was 16 but the relationship has run its course.”