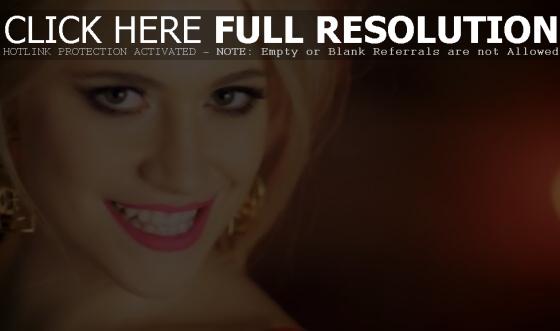 Popstar! chatted with Pixie Lott on the Kids’ Choice Awards red carpet in Los Angeles last month. The British pop singer talked about the red carpet craziness, what she thought about the Big Time Rush guys, what to expect with her first U.S. album, her musical influences, and her favorite beauty product. “It’s pop sound, but it’s more soulful and feel good, so I hope you like it,” Pixie said about the new album.

Pixie Lott Always Loved Acting, But Music Is Her Passion 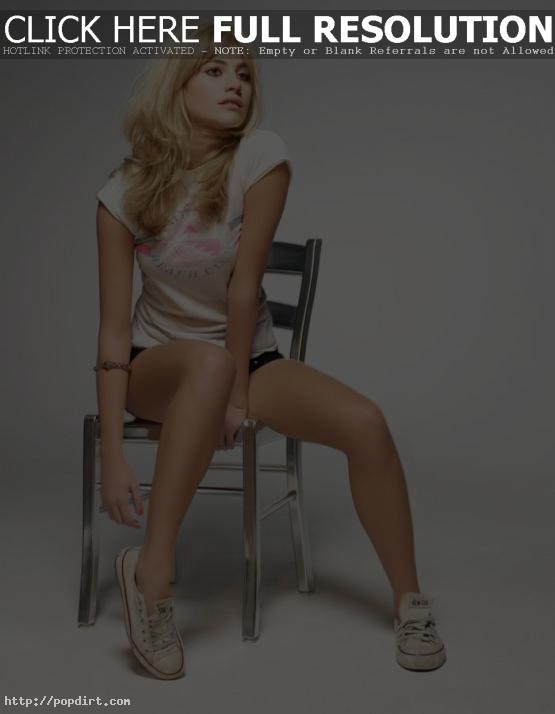 Pixie Lott spoke with the Daily Express about her foray into acting, something the British singer said was a natural progression. “I’ve always loved it. At stage school I actually won prizes for my acting and not my singing – which is weird,” the 19-year-old said. “But music is definitely my passion.” As for talk she’ll soon be starring alongside Sharon Stone and Bette Midler in a Hollywood 70s-based comedy, ‘Sweet Baby Jesus’, stay tuned. “Nothing is confirmed,” Pixie hinted. “I’ve read the script and it’s great and I definitely want to be a part of it but the problem is timing – I’m very busy.” 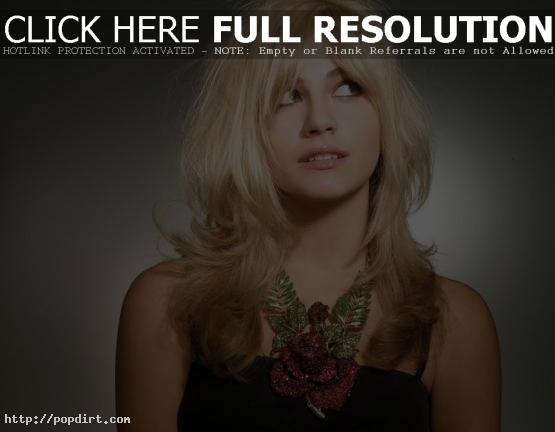 Pixie Lott confesses that dealing with the pressure of fame is difficult at the age of 19. “I force myself to play live gigs as often as possible because it’s the only way to stop myself from going crazy,” the ‘Mama Do’ singer said according to Daily Star. “I really let loose on stage to get ride of the stress. I’m not sure how I’d cope otherwise.”

Pixie Lott Deals With T4 “Security” And Plays The Lottery

As Pixie Lott was making her way to the studio for an interview, she got stopped at security by a very familiar face, Miquita Oliver. Pixie was asked about her occupation and who she was at T4 to see before having her photo taken. The singer also played a game of “Pixie Lottery”, where she was asked if there are certain towns that are better looking than others and a question from The Wanted about university tuition fees.

Pixie Lott and Lady Gaga’s music achievements have been recognized by the Guinness Book of World Records. Lady GaGa was the record breaker after scoring the most consecutive weeks in the UK chart, occupying a position in the Top 75 for 154 consecutive weeks, besting Oasis. Pixie set the record for biggest ever jump to number one in the chart when her song ‘Boys And Girls’ climbed from #72 to #1 in a week. Watch a report from ITN below.

Pixie Lott is out with the music video to her new single ‘Broken Arrow’, off ‘Turn It Up Louder’, the re-release of the English pop singer’s debut album ‘Turn It Up’. Watch it via Twitvid below.

Pixie Lott is out with a lyric video for her new UK single ‘Broken Arrow’, taken from the upcoming re-release of her debut album ‘Turn It Up’. The song was written by Pixie, Toby Gad and Ruth-Anne Cunningham. Listen via YouTube below. 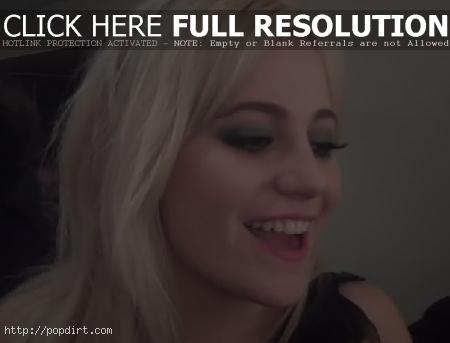 After scoring two #1 hits in her native UK, Pixie Lott is set to unleash her music in the U.S. soon. Interscope Records will release Lott’s debut U.S. single ‘Boys and Girls’ via all digital service providers on Tuesday (August 24.

The track is featured on Lott’s debut album ‘Turn It Up’, getting released in the U.S. in early 2011. Already certified double-platinum in the U.K., ‘Turn It Up’ features Lott’s songwriting collaborations with Red One (Lady Gaga), Greg Kurstin (Lily Allen, Sia), Toby Gad (Beyonce, Fergie), Cutfather and Jonas Jeburg (Kylie Minogue), and Kara DioGuardi. 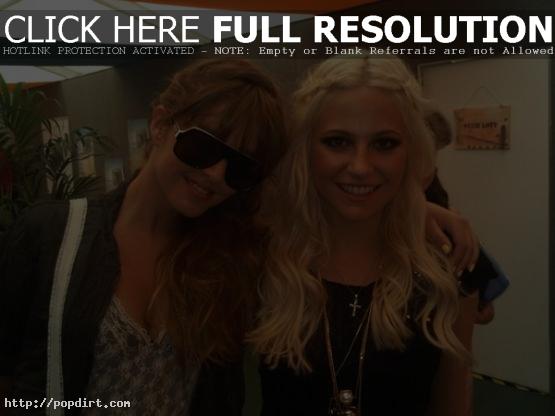 Esmee Denters was among the acts on hand for the T4 On The Beach 2010 concert in Weston-super-Mare, England over the weekend. The Dutch pop singer performed ‘Until You Were Gone’ with Chipmunk at the event. Esmee is pictured with Pixie Lott above, and check out pictures she posted on her Twitter (@esmeeworld) with the British rapper as well as Jedward below the cut. Watch Esmee and Chipmunk’s performance at YouTube. END_OF_DOCUMENT_TOKEN_TO_BE_REPLACED