Rachael Yamagata posted a “Love Letter to South Korea” on her MySpace.

“This video is my little love letter to South Korea and anyone who might be curious about the behind the scenes life of friends and band traveling across the world to play a show,” the American singer songwriter said. 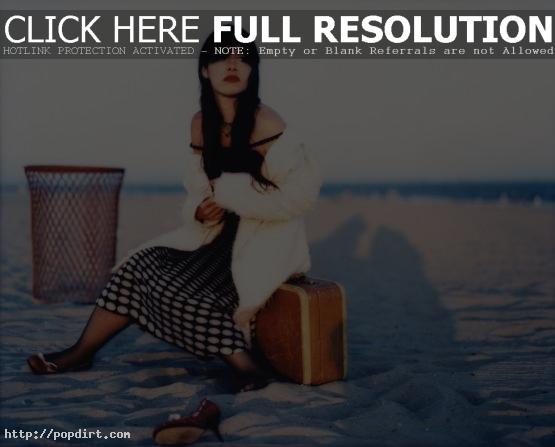 Rachael Yamagata updated fans on her blog at MySpace (@rachaelyamagata) on Friday (October 2), talking about her summer, hating the phone, music she’s been listening to lately and hinting at the sound of her next album. The singer songwriter tells readers:

I’m loving the new Bat for Lashes record as well as Regina Spektor’s. Regina has a song about god that I would’ve traded a cat to have written. I’m watching Salem Witch trial specials and wondering if I could write something as compelling about the Puritans.

And that’s the news from this end. I wish I could hint to you more about my own next record, but so far it runs the gamut from a rap about trinkets to a poem about healthcare. A toast to all who are in love, and maybe a tear – hooray for the lightest of blogs in a world overcome with fear. Keep loving your cats, keep eating your cake, and come out with a record – whatever it takes. 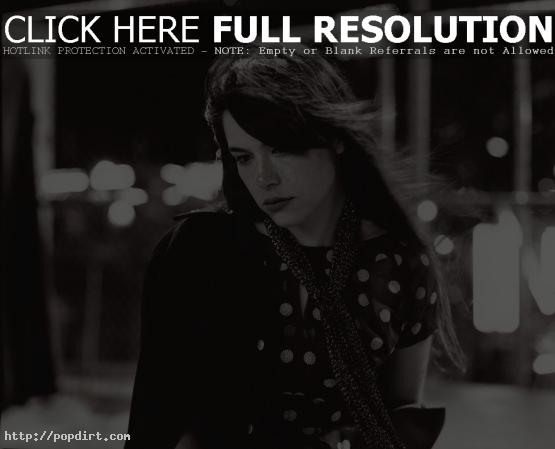 Rachael Yamagata checked in with fans on her blog at MySpace (@rachaelyamagata) on Sunday (December 21) back home, discussing her recent round of tour dates and thanking fans for their support. The singer songwriter tells readers:

What I’d like to do today is really wish all of you a truly HAPPY HAPPY holiday and say how appreciative and grateful me be for all of your support this past year and especially over these tours. Slews of you came out and cheered and cried and leered and it makes a gal feel good I say. ‘The Low Anthem’ kicked some arse as well and I’m truly inspired to learn the drums, clarinet, horn, pump organ, upright bass and bowl (whatever that thing was) now after seeing them.

And now that the stir of road life starts to quiet and I roam the streets and reconnect, all that I hope for everyone is to find some peace and I will say it – holiday cheer. Of course no one has any money, we all know that, but hopefully there is a way to remember all the truly vital things existing for us right now and indeed how lucky we are. If my forte is love (or the lack thereof hahaha) – may I just say how much I hope for you to have it and not be crushed if you don’t right now. We are surrounded by the potential to give love everyday and connect with one another. So plod on, I’m rooting for you. 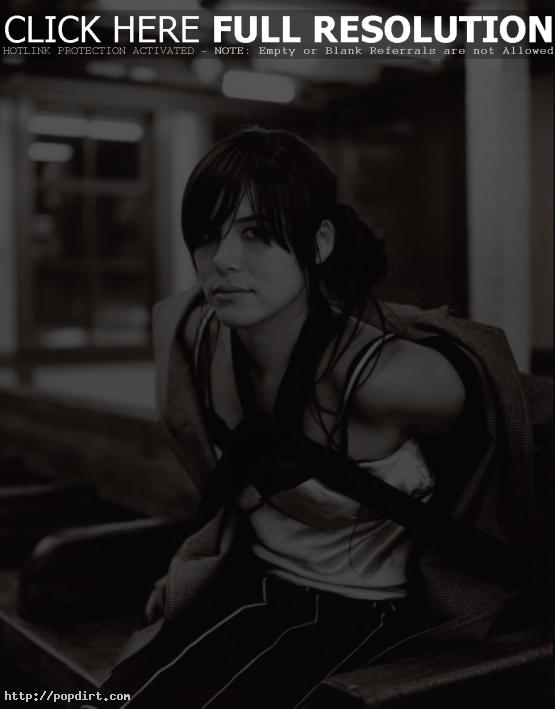 “Well, 12 I started writing songs, and then right around 18 I think I started actually paying attention to what I was writing,” Rachael said before transitioning to what’s in her music player. “What am I listening to? I’ve been listening to my own stuff trying to remember how to play it for tour. I tell you what I want to get, the new King of Leon record that just came out. Love that band.”

“I love office supplies and bags, those are my weaknesses,” the singer songwriter admitted. “I am a whore for staples. I love staples. I wish I were still in school only because I could get school supplies every year.” Watch the webisode via YouTube below.

Rachael Yamagata’s Safe With Her Goggles 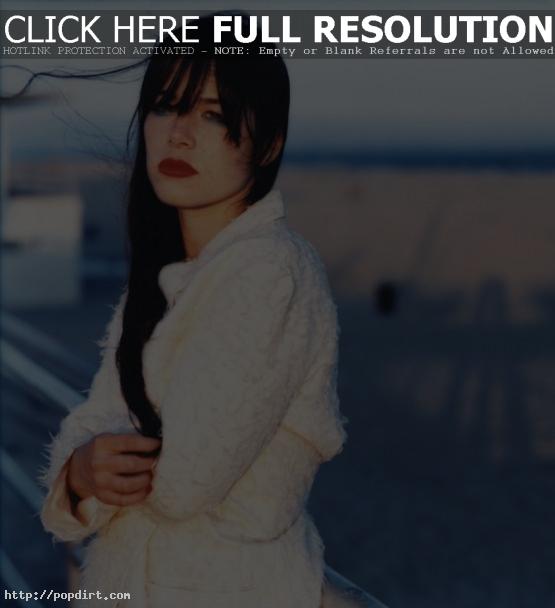 Rachael Yamagata updated fans on her blog at MySpace (@rachaelyamagata) on Tuesday (November 11) while on the Hotel Café Tour. The New York City based singer songwriter tells readers:

My suitcase is outside the bus. I’ve left it there in hopes someone takes it away and relieves me of all that I packed and did not need. It happens every time without fail. I mean I even brought a pair of goggles. Did I really think they were a necessity? Every day I grab all of my bags and haul them into the day room and repack and it seldom does any good. My life is in my bunk and thank the lord that I’m short (first time I’m ever giving thanks for that) because that means I can fit more shist at my feet and feel like I’m safe. Safe with my goggles… at my feet.

Last night we played St. Louis and the big news of late is how we all seem to be dropping like flies. Jason (guitarist extraordinaire) was attacked by a flight case and the elevator and now his pinky finger is paying for it. Smashed up pulpy mess it is. Poor Alice had an encounter with a floor, face first, and has been sporting a shiner for the past three days. This ain’t no fluff girl singer songwriter tour.

Rachael Yamagata checked in with fans on her blog at MySpace (@rachaelyamagata) on Wednesday (November 5), discussing the Hotel Café Tour and how things are going with her tourmates Meiko, Jenny Owen Youngs, Thao Nguyen, Emily Wells, and Samantha Crain. The singer songwriter tells readers:

Meiko is the sassiest and always makes me laugh – up for adventure (she weathered the street celebrations in Philly the night of the World Series with me), Tao the coolest – her guitar riffs are infectious as well as her stage presence and I wake up every morning singing her songs, Sam the liveliest with never ending energy and wit as well as being my twin as we’re saying (long hair and bangs with sisterly style), Jenny is the heart breaker and makes me want to cuddle her up after a show she can be so vulnerable when she sings (I would, but she don’t need it – as in she could beat my *ss) and Emily has just joined and is equally as sweet as the others and a total genius when it comes to all things electronic and violin. 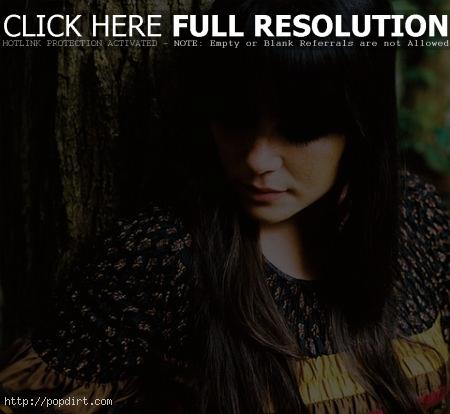 Rachael Yamagata spoke with the Philadelphia Inquirer (link has since expired) about the delay getting her sophomore album ‘Elephants … Teeth Sinking Into Heart’ released, an effort that was actually completed two years ago by the singer. The problem was that RCA wasn’t happy with the finished product. “They said, ‘We want you to go back in the studio. We don’t think you have a mass-appeal single’,” she told David Hiltbrand. Rachael resisted the label’s desire to move her in a more commercial direction, standing behind album she describes as “dark but beautiful.” As a result, RCA dropped her, throwing Yamagata into financial turmoil. “I was broke,” she said. “I had to get creative about life in general and keep my chin up about this record. I took a tour with Mandy Moore for a month. I became my own manager, tour manager and business manager. The whole thing took forever.” ‘Elephants’ is out Tuesday on Warner Bros. Records.

Rachael Yamagata checked in with fans on her blog at MySpace (@rachaelyamagata) on Wednesday (June 18) with news she’s signed a new record deal. “News news news! I’ve just signed with Warner Bros Records and we are working overtime to get all ducks in a row for an early October release,” she writes. “Thank you for hanging with me all this time – it’s been a long road of red tape trails, but I’m very excited about the new team of peeps and I can finally say that we are on our way!”