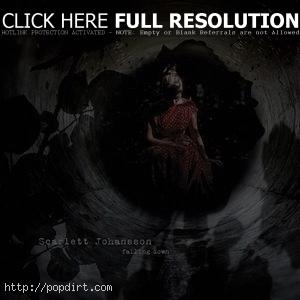 Scarlett Johansson is out with the video to her first single ‘Falling Down’, from the New York City actress’ debut album ‘Anywhere I Lay My Head’, comprised of Tom Waits cover songs, released May 20th on Atco/Rhino Records. Watch it below.

AOL Music’s Spinner has the exclusive first listen to actress Scarlett Johansson’s cover of the Tom Waits song ‘Falling Down’, one of an albums worth on her forthcoming album ‘Anywhere I Lay My Head’, out May 20th. “When I had the idea to do an album of Tom Waits songs, before I had even met [producer] Dave [Sitek], someone suggested I sing ‘Falling Down,'” Johansson tells Spinner. “But I decided it was too corny for me to do just because it has the lyric about ‘Scarlett and me.’ But Dave hadn’t even noticed it. When I mentioned it, he thought the synchronicity was crazy and I never even thought twice about it after that. I was like, ‘Yeah, let’s do it.'”

Audio at AOL.com has since been removed.

Scarlett Johannson Can Sing Too

Scarlett Johansson will soon join the likes of Paris Hilton and Lindsay Lohan, by becoming another actress turned singer. Roger Friedman of FoxNews.com reports, “Fear not, though. Unlike some other recent pop tarts, Scarlett – who turns 22 next month – can actually sing; she is no Paris Hilton. Also, her choice of material is a tad more sophisticated. She’s making a whole album of songs by Tom Waits, one of the premier singer-songwriters in the business.”