Sean Lennon checked in with fans on his blog at MySpace (@seanlennon) on Saturday (December 13). Sean tells readers:

I’ve started a record label called Chimera Music. I debuted some new tracks on Mark Ronson’s East Village Radio show tonight. You can check it out as a podcast if you want to hear my new band The GOASTT, Yuka Honda’s new band, If By Yes, and Yoko Ono Plastic Ono Band ‘revisited.’

Much love to everyone, and Happy Holidays.

Sean Lennon was spotted ducking outside for a smoke in Paris, France on Monday (January 22). Watch footage from X17 below the cut. END_OF_DOCUMENT_TOKEN_TO_BE_REPLACED

Sean Lennon Meets With Fans Outside El Rey After Show

Sean Lennon performed music from his new album ‘Friendly Fire’ at the El Rey Theater in Los Angeles on Saturday (November 18). He and Elliott Mintz stopped E.L. Woody and chatted with him about his concert, his need for a Steinway Grand Piano, and inquired about Woody being assaulted. Lulop.com has since removed the video.

Sean Lennon spoke with AOL Music about how his original desire in music was to start a band with Dave Grohl after the death of Kurt Cobain. “When I was young, I was obsessed with Nirvana,” Lennon explained. “I was really naïve, and I was starting a band, and Nirvana had just [broken up]. I had written a letter to Dave Grohl with a demo of my stuff, ’cause I wanted to start a band with him. He actually wrote me back [and said], ‘My girlfriend and I listen to your demo all the time, and we love it, but sorry — I’m starting this band called the Foo Fighters.’ I’m like, ‘Really? Sounds like a good name. Maybe that’ll be a good band.'”

The Sun’s Something For The Week spoke with Sean Lennon about his new album ‘Friendly Fire’, which is a sophomore release eight years in the making following his ‘Into The Sun’ debut in 1998. Asked why he left such a gap between efforts, the son of the late Beatles legend John Lennon responded, “The album just happened organically. It’s not that I was avoiding. I was doing other things. The thing is, I’m not always sure I want a pop music career. A lot of the last few years I didn’t feel I wanted one.” Read more.

Lennon Focuses On Disintegration Of Love On 2nd LP

Sean Lennon spoke with AOL Music about his new album ‘Friendly Fire’, due out September 26th. The sophomore effort comes eight years after his ‘Into the Sun’ debut. “This record is more the romance of truth and how heartbreaking it can really be,” he explained. “It’s about the disintegration of love, whereas the first record is about the realization of it.” 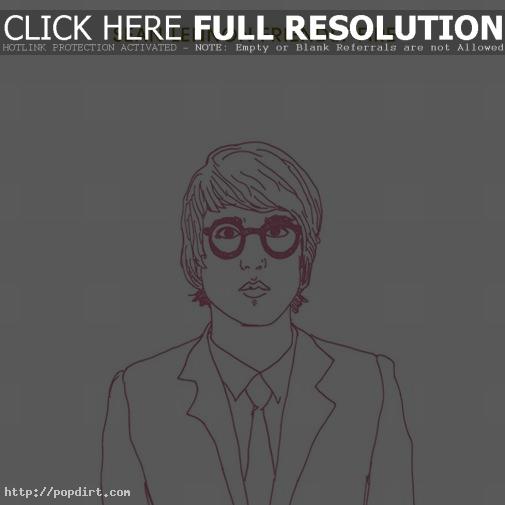 Roger Friedman of FoxNews.com weighed in on Sean Lennon’s new album ‘Friendly Fire’, which hits stores in late September. Friedman writes, “It’s no surprise that ‘Friendly Fire’ sounds not only a lot like the father’s work, but like Julian’s too. Sean has the mixed blessing of a voice that combines both his parents, hence the little extra nasal sound when his mom’s genetics come through.”

Several short films promoting Sean Lennon’s forthcoming album ‘Friendly Fire’, due out in September, have been made available. The clips feature music from the album and Lennon in an all-star cast that includes Lindsay Lohan, Bijou Phillips, Devon Aoki, Asia Argento, Jordana Brewster, and Carrie Fischer.

News of the World’s Rav Singh reported on the Michael Jackson show saying, “Only the appearance of Britney Spears stopped the whole thing resembling a complete freak show.”

Rav reports Michael and Britney performed her new hit I’m A Slave 4 U together on stage… He must be mistaken though as all other reports have them singing “The Way You Make Me Feel”.

September 9, 2001 – The New York Post’s Mitchell Fink reports Michael Jackson went to Tavern on the Green to celebrate his concert around 1:30 Saturday morning. A stunned Sean Lennon tried to welcome Michael but he responded, “You never return my calls. I leave messages for you all the time and you never call back.” Janet wasn’t there, and apparently wasn’t impressed with Jacko’s list of performers.

Fans React To Michael… Including An *NSYNC Fan

September 8, 2001 – The New York Post talked to fans attending the Michael Jackson concert last night in New York, including Chris Kirkpatrick who said of he and his *NSYNC partners, “You’re going to see five fans on stage pretending to know what they’re doing.”

September 8, 2001 – The New York Post is profiling the Michael Jackson show last night that was marred by angry fans having to wait 3 1/2 hours for Jackson to perform and an odd appearance by Marlon Brando. Brando told a quizzical crowd, “Hundreds of children have been hacked to death in the minute I’ve looked at my watch. Hundreds more were beaten.” When the crowd then began buzzing after his comments, Brandy blasted, “Don’t chat! Think about what I’m saying. It could be you!” At that point the crowd booed demanding music.