Sia Furler is out with the music video to her new single ‘The Greatest’, off the deluxe edition of the Australian singer songwriter’s seventh studio album ‘This Is Acting’, out October 21st on Inertia, Monkey Puzzle and RCA. The song was written by Sia, Lamar and Greg Kurstin, and unlike the single, does not feature Kendrick Lamar in the video version. The Sia and Daniel Askill directed video features actress and dancer, and is said to be a tribute to the victims of the Pulse nightclub shooting in Orlando. Watch it via YouTube below.

Sia Furler is out with the music video to her new single ‘Chandelier’, off the Australian pop singer’s sixth studio album ‘1000 Forms of Fear’, out July 8th on RCA Records. The video features ‘Dance Moms’ star Maddie Ziegler, but not Sia herself. Watch the Sia and Daniel Askell directed video via YouTube below. 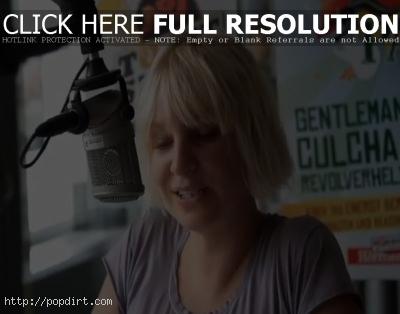 Sia Furler checked in with her Twitter followers (@siamusic) last night while watching the season premiere of ‘The Bachelorette’ on ABC. Michael Nance and Jef Holm were the two bachelors the Australian singer songwriter picked as her favorites of the 25 men Emily Maynard has to choose from. Among Sia’s tweets:

Watching The Bachelorette and am already bored enough to be tweeting about it.

Does anyone else have sore inner thigh muscles due to sofa use?

@chantalclaret @theRealEsthero I purposely left the TV out of the bedroom fearing I would rot in bed.

Fame-Shy Sia Furler Looks To Transition Out Of Pop Stardom 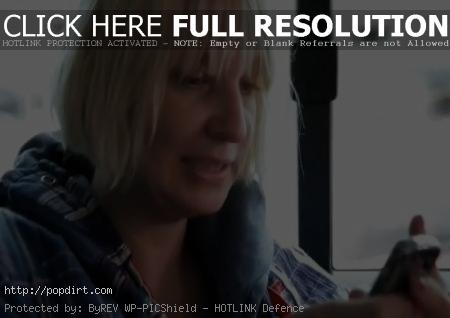 Sia Furler says her pop star clock is ticking, having been a part of Zero 7 for a decade in addition to releasing five solo albums. “I will release more albums, I just don’t think I’m really going to tour or promote them. The truth is, I don’t liiiiike it,” she wailed to Star Online. “I find it uncomfortable being revered, and the more famous I get the more uncomfortable I get. I’d happily take the ARIAs and the money, but the public recognition is just not something I’m into, in any way, shape or form. So I’m going to write songs for people who are into it.”

Sia Furler is out with the music video to her new single ‘I’m in Here’, off the Australian pop singer’s fifth album ‘We Are Born’, out now on Monkey Puzzle. Watch the David Altobelli directed video below. 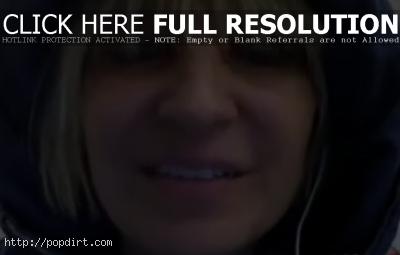 Tombstone posted a ‘Come Get Me’ Remix of Sia Furler’s ‘I’m In Here’, which the Australian pop singer just Tweeted about. “Just so inspired by the song I felt compelled to remix it,” Tombstone writes. “Loved remixing her song with Lauren Flax, ‘You’ve Changed’, and very happy to present this dubstep/trip-hop follow-up. Sia truly rocks.” Listen below. 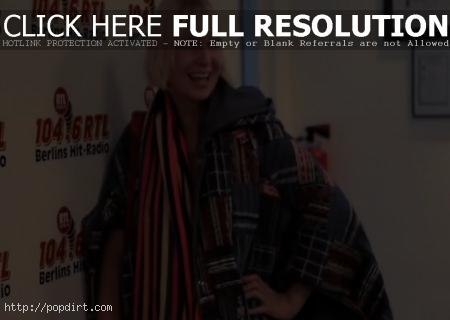 Sia Furler spoke with the Herald Sun about nabbing six ARIA Award nominations and how she’s been unable to tour in support of her latest album ‘We Are Born’ after being diagnosed with Graves’ disease, an auto-immune condition. “I’ve had to kill my thyroid and we’re still getting the new medication right,” she explained. “I have to take naps but I don’t feel guilty sleeping a lot. I like it,” she said from her New York home.” Read more.

Australian-born singer-songwriter Sia Furler recently visited VH1 headquarters with an intimate live performance of her latest single, ‘I’m In Here’, as well as ‘Breathe Me’ and ‘Soon We’ll Be’. ‘Live at VH1’ is a series created to showcase artist performances at the VH1 offices via up close and personal acoustic takes on their songs. Watch 1 of the 3-song set below. 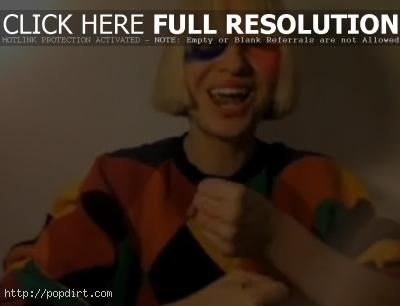 Sia Furler checked in with her Twitter followers (@siamusic) earlier tonight, talking about her frustration with laws banning gay marriage and suggesting gays should engage in a tax revolt in response and trading barbs with followers who voiced disagreement. The Australian pop singer writes:

Anyone know if there are any movements re gays stopping paying taxes until we have equal rights? Class action if we suffer tax penalties?

I mean,there’s gotta be a bazillion of us out there,and brave enough to risk it, right?

Are you an imbecile? I’m in shock. RT @Anaisabelle @siamusic We are all human beings with rights! Why are “gay” people so discriminatory? Respect ALL people! Stop playing victim.

You should probably do some more research into what I’m protesting about before you opine next time. It’s pretty insulting. RT @sigourneyrocks @siamusic if gays want to stop paying taxes then they can stop using the roads, attending the schools, going to hospitals & forget the cops

Anyone who is opposed to equal rights, recognition of same sex marriage, or is in anyway homophobic, please fu** off and follow Angie Harmon.

Sia Behind The Scenes In Germany

Sia Furler is out with behind the scenes footage from her visit to Germany promoting her latest album ‘We Are Born’. Watch the Australian pop singer performing ‘Be Good to Me’ at a German radio station, as well as Sia visiting a store in Berlin which she decribed as “the coolest shop I’ve been to for ages”, via YouTube below.