Strange Man On Stage Almost Gets To Katie White 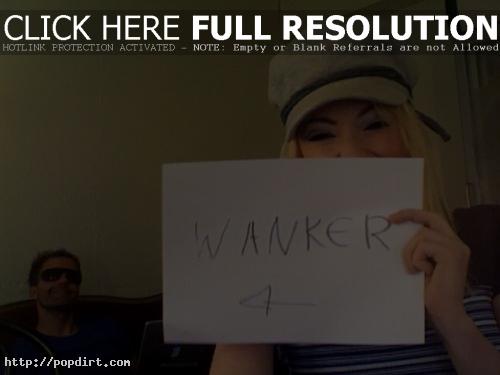 Katie White of The Ting Tings checked in with fans on the indie pop duo’s Twitter page (@thetings) on Wednesday (May 6). The singer had a moment like Britney Spears had over the weekend with a fan getting up on stage, but without the legal and online drama over something that happens frequently at concerts. White tells readers:

In Paris. Shopping in Saphora for theee most amazing glitter and trying to find 25mm rings to make belts. Night off so going riding bikes

Played Gronagan last night in Holland and had this strange man on stage. Security just got him as he was about to grab me. I didn’t notice!

The Ting Tings were in CBC’s studio Q to perform a live set that included ‘Shut Up and Let Me Go’, from the Manchester duo’s hit album ‘We Started Nothing’. Watch it at Nate.com.

Manchester duo The Ting Tings were in CBC’s studio Q to perform a couple of tracks from their hit album ‘We Started Nothing’. This is their song, ‘That’s Not My Name’. 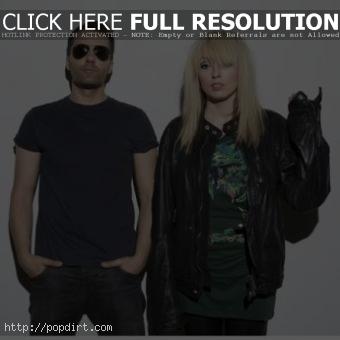 The Ting Tings Fun With Paint

The Ting Tings performed an exclusive free gig for their fans in their hometown of Manchester on February 27th. The venue was an all white space and every fan who attended the gig was given a full white adidas Originals tracksuit. The duo, armed with paint guns, invited fans to interact creatively with paints and pens, covering the entire venue with an explosion of color and creating a music and art spectacle – a living and breathing mural.

“When you walk in the room, you’re really taken aback by it,” Jules De Martino said. “Because we white everything out for this so we get color on the wall and notice it.” He added, “You feel the audience whether they respond to it or not. If they don’t, there’d be limited artwork on the walls and that might be fantastic as well. And if they go crazy and the whole thing because a paintfest, that would be fantastic too.” Watch the video below.

The Ting Tings Ready Second ‘That’s Not My Name’ Video 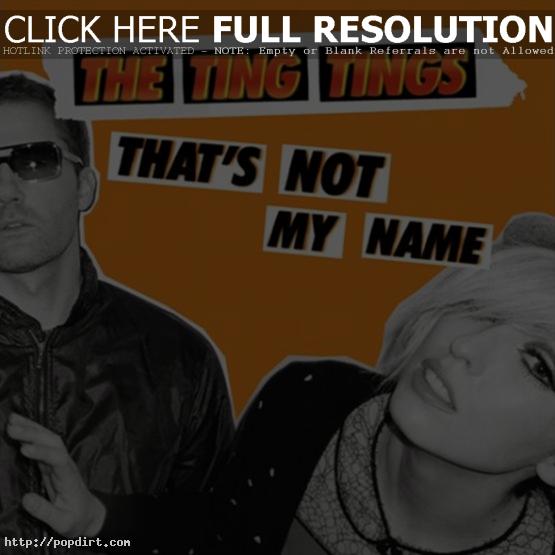 The Ting Tings updated fans on their blog at MySpace (@thetingtings) on Thursday (January 22), days before the premiere of the second video for the British indie pop group’s new U.S. single ‘That’s Not My Name’. Katie White and Jules De Martino tell readers:

Hello everybody,
We are VERY excited to announce that our newest video for that’s not my name will premiere January 26th on MTV in the States … In less than five days!!!

We are thrilled at the outcome and really enjoyed working with Alex and Lianne (directors of the ‘Shut Up’ video). The video will play ALL DAY on MTV,MTV2, mtvU, and MTV Hits… check back in a bit for full details. 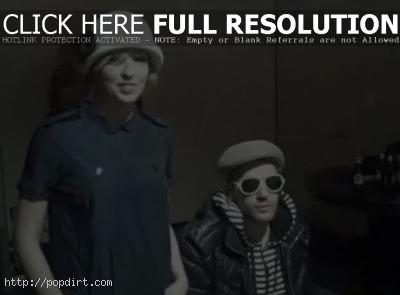 Katie White and Jules De Martino of The Ting Tings visited RollingStone.com, where the duo performed an acoustic set and were interviewed by Austin Scaggs for the Smoking Session.

On new album plans, Jules said, “We’re coming here I think it’s like in March or April for our big tour in the States, so we’re thinking about maybe just getting in New York in there, maybe a month, recording there. Find a place. We got our own studio where we set it up. Berlin is a really good place as well, and Paris. Between those three cities, as we tour, set up 3 or 4 weeks and start recording tracks and sometime next year we should have maybe one song.”

Their performances of ‘That’s Not My Name’ and ‘Shut Up And Let Me Go’ has since been removed from rollingstone.com. Check out the interview below.

Kate White of The Ting Tings is sounding off on rumors she’s been lying about her age, insulted by claims she’s shaved 15 years off her birthdate. “I’ve tried to laugh it off, but no girl of 25 likes being told they look 40,” the ‘That’s Not My Name’ singer told News of the World. “It’s just bloody rude.”

The Ting Tings Don’t Want To Offer Any Advice

The Ting Tings took Nylon magazine on a T-shirt painting visit to the park, taking about music, the industry and fame. “Advice is the worst thing you can give to any young band,” Jules De Martino said. “The most important thing you can give is influence. We got loads of advice when we were in a band before this. We got loads of advice from people and it worked out pretty badly for us, because we were listening to that advice.” Watch the clip below.

A new advertisement by adidas Originals features appearances by Katy Perry, The Ting Tings, Russell Simmons, Estelle, David Beckham, DMC, Young Jeezy, Method Mad, Redman, and others. The Celebrate Originality campaign is set against the backdrop of a house party hosting the eclectic mix of people from the worlds of music, fashion and sport. Watch it via YouTube below.