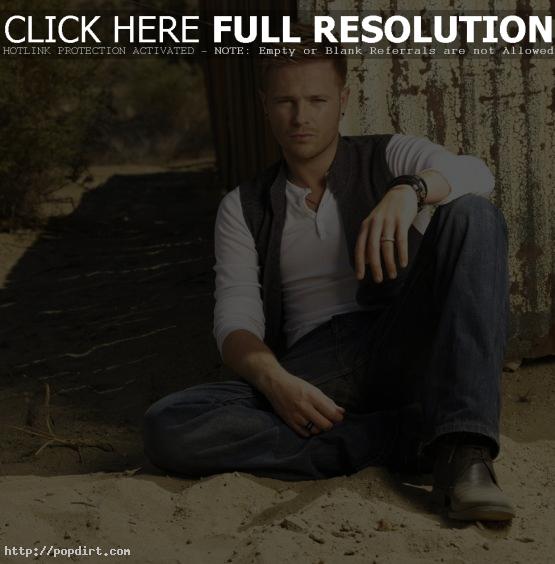 FM104 programme director Dave Kelly spoke with Metro Herald about how they would welcome Nicky Byrne to the Dublin radio station in wake of news that Westlife will be soon breaking up after a farewell tour. “Down through the years, we at FM104 have had a very amicable relationship with Westlife and especially Nicky, seeing as he is a local lad,” Kelly said. “It’s unfortunate that Nicky will soon be out of a job, and given his obvious popularity with Dubliners a move to work for us would be an ideal platform for him to pursue a new career.” 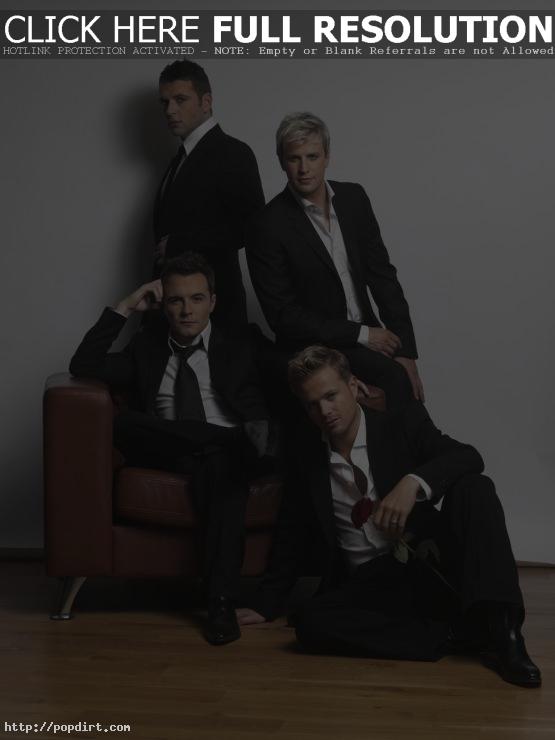 Brian McFadden checked in with his Twitter followers (@brianmcfadden) on Tuesday (November 23), musing about a return to Westlife. Shane Filan told The Sun “I don’t think it’s even remotely interesting if Brian came back” and that they aren’t interested in Brian returning to the veteran Irish boy band, which he quit in 2004. Brian writes:

I had a dream tonight I was back on stage with Westlife playing some crazy sized football stadium. I’m not gonna lie! I woke up smiling

If I’m to be honest yes I would love to do an album with boys and show JLS and Take That what we are really made of!

If the boys wanna challenge these newcomers I am always up for a fight. They know where. I am. Armed and ready to reclaim glory!

When will folk them the credit they deserve. They are not ‘X Factor’ band. They hard working creative machine who sacrificed a lot to get here

They will always be my brothers. No matter what happens I will support them until the day they hang up the mics.

For the record I’m not reuniting with Westlife! Not at all! Just having an angry rant for the boys 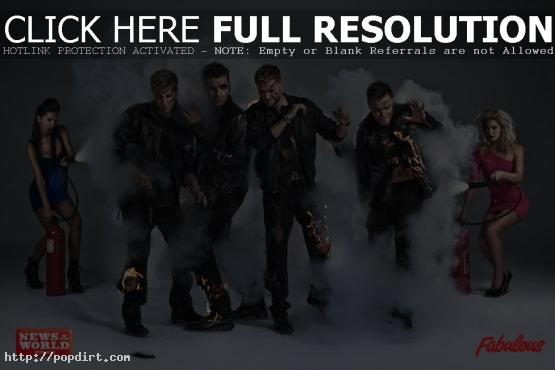 Find out what happened when Fabulous set fire to Westlife in the man band’s article in Fabolous magazine. Nicky Byrne, Kian Egan, Mark Feehily and Shane Filan discuss booze, infidelity and why they’ll never do a Take That and take Brian McFadden back. They Irish quartet confessed to the sort of booze benders even the Rolling Stones would be proud of. “We were drunk for 40 nights in a row,” Kian Egan said. Nicky added, “Brian left us in tears when he walked out on Westlife.”

Markus Feehily checked in with his Twitter followers (@MarkusFeehily) earlier today, talking about Westlife’s upcoming tour and responding to the fans who were upset that the veteran boy band wasn’t traveling to their particular town. Markus writes:

We will definitely be playing Dublin and Belfast too, I’m sure the details will be announced soon

Lots of emotions flying round since the new tour was announced

Also, we would love nothing more than to go to every country & gig regardless of amount of fans, but it’s not realistic guys I’m sorry

So instead of making tough decisions like deciding where to tour/promote, we leave it up to our promoter & label cuz it’d be impossible to choose

No matter what song we release/set list we perform/venue we play at, there will be someone somewhere left out or annoyed, unfortunately :(

So we strive to do what we think is best and feels right, thanks for listening, over and out x

Shane Filan updated fans on Westlife’s blog at MySpace (@westlife) on Thursday (January 28) with news on the latest addition to his family. The singer tells readers:

Gillian, Nicole, Patrick and I are delighted to welcome our new son Shane Peter Filan into the world. He was born 9.34pm last Friday night 22nd of Jan and he weighed 6’9.

Both mum and baby came home on Sunday evening and doing really well. We want say a massive thank you for all your support and well wishes on the website. I’ve been logging on every day and the messages have been great!

Me and the guys are back to work in a couple of weeks so I’ll see all of you soon. Can’t wait for the new single and of course the tour!

It’s A Boy For Shane Filan And Wife Gillian

Westlife updated fans on their MySpace (@westlife) on Monday (January 25) with news that Shane Filan and wife Gillian are celebrating the birth of their third child. The message states:

We’re very pleased to announce that Shane and Gillian are the proud parents of a new baby boy!

Westlife Look Forward To Touring In 2010

Westlife tell ITN they’re looking forward to a fresh start in 2010. The Irish boy band are excited to be going back on tour in the new year. “Definitely We haven’t toured now in two years so we’re very excited about this one,” Shane Filan said when asked if they’re excited to return on the road. “We spent a lot of time making the album, we’re very proud of it and we just can’t wait to get back out there and see the fans again.” Watch the remarks via YouTube below.

Westlife Celebrate Release Of ‘Where We Are’ 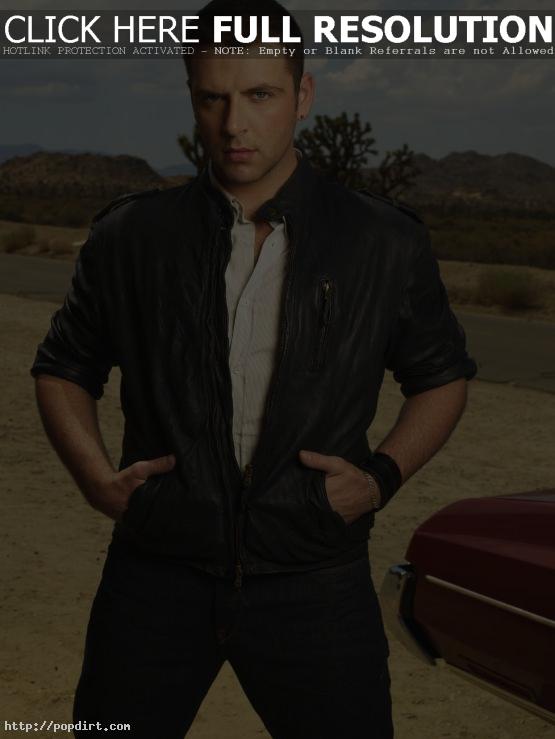 Mark Feehily of Westlife checked in with fans on the boy band’s blog at MySpace (@westlife) on Monday (November 30), discussing the release of their tenth studio album ‘Where We Are’. Mark writes:

Today is a MASSIVE day for us four boys… all the waiting, singing, preparing, promotion, commotion, revolve around one thing, our NEW ALBUM, WHERE WE ARE! The fact that it’s OUT NOW (AS IN TODAY!!!) is highly exciting! The single is one thing but the fact that the entire collection of 12 brand new ORIGINAL songs are out there being heard all at once is huge for us! Go get the album, give it a listen, who knows ya might even like it! Seriously though, thanks to anyone who’s got it or is going to get it, we appreciate your support more than ever! 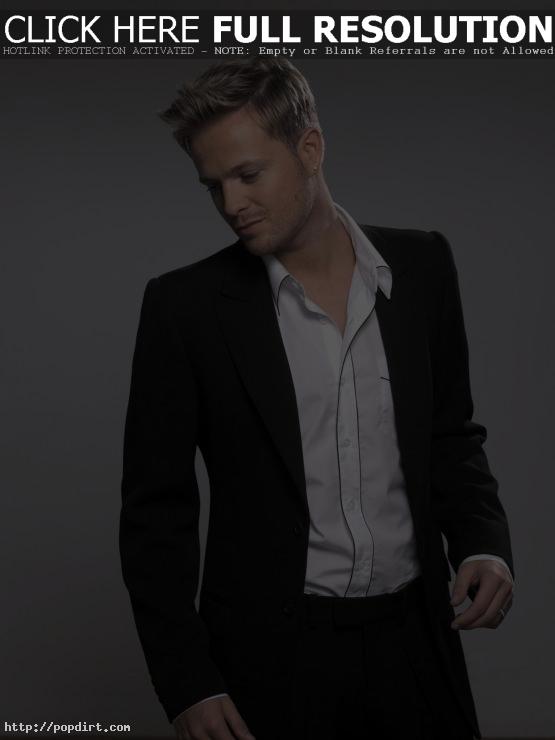